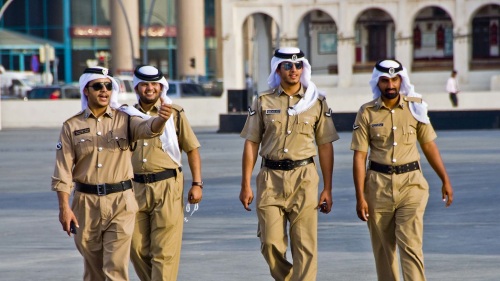 A Brazilian journalist was heckled by the Qatari police. His Pernambuco state flag was mistaken for an LGBTQ flag.

Victor Pereira was leaving the Lusail Stadium after the match between Argentina and Saudi Arabia (1-2). He carried the Pernambuco flag, which has a rainbow, a red cross and a star.

Pereira said that a man wearing a traditional white dress mistook his flag for the LGBTQ community’s rainbow flag.

“This guy grabbed the flag, threw it on the ground and started stomping on it. I took my phone to record a video, but he seized it out of my hands and said he would only return it only if I deleted the video.

Then a policeman arrived and tried to intervene. He grabbed the phone from that guy and ordered me to delete the video,” Pereira said.

Pereira obeyed to make sure he would get his phone back as he needed it for work.