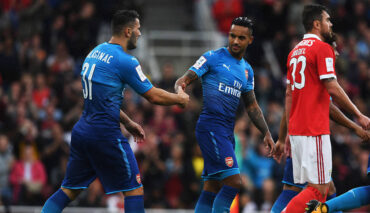 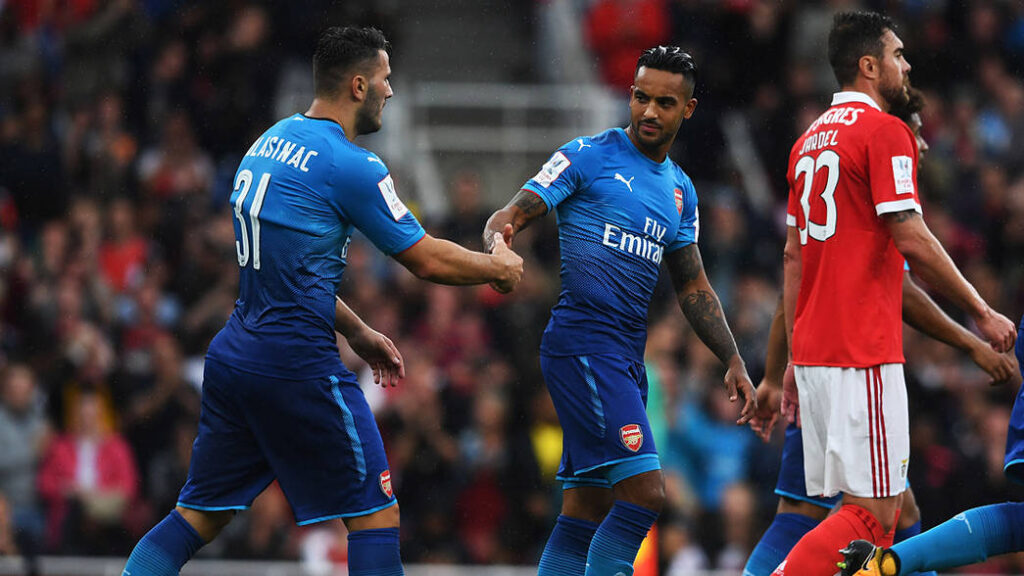 On 25/02/21, Arsenal will play against Benfica at 19:55 UTC in Piraeus. The meeting will be the second match of the playoff round of 1/16 of the Europa League tournament.

On Thursday, 25th February 2021, the return matches of the playoff round of the 1/16-finals of the Europa League will be played. Of the 16 pairs of teams planned for this matchday, we are interested in the game to be played in the Greek city of Piraeus, where the host team, Arsenal, will play against the Portuguese team, Benfica. The first meeting of this two-match confrontation took place a week ago in Lisbon where a stubborn and interesting duel did not produce a winner as they drew 1-1. Now, what result should we expect as these teams meet again at the “Karaiskakis” arena in the Greek city of Piraeus? By the way, why is the match going to be played in Greece, and not London? These are some of the important questions we will be answering today.

As to the choice of an unusual place of meeting, it was due to the complicated epidemiological situation in “Foggy Albion” that the UEFA Regulations Committee decided to schedule the return match between Arsenal and Benfica in Greece.

The London club, Arsenal, is not only a regular participant in the Europa League but also one of the biggest losers. The team, from year to year, takes part in this competition both when the players are achieving successful outcomes from games and when they are not performing very well. Arsenal has played twice in the finals of the tournament (that was, in 2000 and 2019), and on both occasions, they left the football field defeated.

This season, the Gunners are again among the likely candidates for the main trophy.  Mikel Arteta’s charges passed the group rounds in one breath, winning all 6 matches. The result of the first game in the 1/16-finals gives the team good chances for further advancement in the tournament. As for the current playing form of the London team, they are still far from their ideal form. In the Premier League championship, “The Gunners” are still in 10th place, with only 34 points.

The last test rehearsal before the game in Piraeus was the match of the 25th round of the Premier League against Manchester City. Again, they were defeated by a score of 0-1.

The Portuguese team, after an unsuccessful 2019/20 season in the Portuguese championship, is now forced to be content with participation in the Europa League tournament. However, here, the team is doing well so far. In the group rounds, “The Eagles” played for a solid four, winning three matches and drawing three others. As a result, they are in second place in the group and have had a hassle-free entry into the playoff stage.

The first home game of the 1/16-final against Arsenal did not end as planned for the charges of Jorge Jesus. They drew 1-1. With an overwhelming advantage, the home team had to be content with a draw from that match. Nevertheless, in the return leg, the Portugal-based players are expected to play better, thereby giving the English team a real fight.

In the domestic championship, Benfica is still far from its usual place in the top three. After 20 rounds played, “The Eagles” are only fourth: two points behind Porto, which is in the third position. The gap with Sporting, which is the leader in the championship, is 15 points. So, you can expect Benfica to forget about winning the championship this year. In the last round of the League of Primeira, Jorge Jesus’ charges drew 0-0 with Farense.

Until today, the teams — Arsenal and Benfica — have met 5 times. By the number of victories, the Gunners are ahead, recording two wins to one defeat. The rivals have played against each other twice in the Emirates Cup tournament, twice in the Champions League and once in the Europa League playoffs.

The first face-to-face meeting of these two teams took place 30 years ago. Then, in the framework of the Champions League, the teams also drew 1-1.

Considering the result of the first leg in Lisbon, in theory, Arsenal has a better chance of winning on aggregate. Nevertheless, it will not be easy for Mikel Arteta’s charges to realize their advantage on the neutral field. Moreover, both teams are far from their usual sports and play form. With such results, which are shown by teams in the domestic arena, it is difficult to give an advantage to one of the teams. And still, Arsenal football club is a seasoned cup fighter from London, playing in the European Cup playoffs year after year. The likelihood remains that the British club will be able to overcome this stage with a positive result for themselves. A bet on Arsenal to win on aggregate could be a winning option.