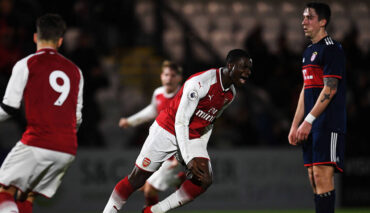 The Gunners will welcome the Yellow Submarine from Spain and their former coach Unai Emery on Thursday evening at Emirate stadium in London for the second leg fixture of the Europa League Semi-final. Both teams will look to secure a berth in the Europa League final for their first-ever European silverware. Both teams have injuries woes and it will be interesting to look that how the coaches of the respective teams place their starting 11.

Arsenal and Mikel Arteta were lucky during the first leg in Spain that Villarreal did not bust up their poor defending performance. Villarreal will go into this match with a one-goal league against Arsenal. Unai Emery’s men displayed a good performance but were not clinical with their finishes as they managed to score two goals against their opponents. The yellow submarine 2 goals advantage was reduced to one goal, courtesy of a successful penalty kick conversion by Nicolas Pepe. Both teams will push hard to get to the finals of the Europa League this season.

The Gunners had a chaotic season and displayed poor performance throughout the whole season. As for right now, the top four or five finish in the premier league is out of the question for Arsenal. Their only hope to qualify for the champions league next season is to get Europa League silverware. Arteta will look to put on his best team and tactics for this match and they will give a tough competition to their Spanish opponent to qualify for the finals.

The good news for Arsenal going into this match is their start striker Aubameyang will be available for this match. On the other hand, Alexandre Lacazette is still doubtful to be ready for this match. Arsenal’s last match during the weekend displayed a good result for them as they managed to score two goals against Newcastle United.

Unai Emery is having a somewhat good season with the yellow submarine in the Spanish La Liga. Taking Villarreal to the Europa League semifinal is itself an achievement but he will be looking to be crowned as the Europa League champions which he failed to do with Arsenal. With a one-goal lead against Arsenal, Unai Emery is quite confident to win this tie and qualify for the final of the competition.

Villarreal won against Getafe 0-1 during the weekend league match in Spain. This result further enhanced their successful away game record as they are currently unbeaten in their last five away matches. They managed to score 12 goals during that campaign. It will be interesting to see how Unai Emery places his starting eleven against his former club Arsenal.

The two teams have faced each other a total of five times throughout their history. Arsenal managed to win twice and their two matches ended in a draw. Villarreal won 1 match which was played last week during the Europa League first leg match.

The tie is still open and it can go either way. Both teams had successful results during the weekend league matches. We suggest betting over 2.5 goals scored in this match.