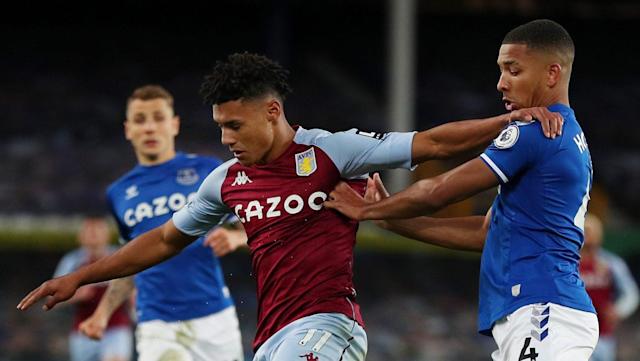 There will be an interesting confrontation on Saturday evening, September 18, 2021. In Birmingham, the local team in Aston Villa will host the Liverpool-based club Everton in a 5th round fixture of the 2021/22 season of the English Premier League Championship. The match will be played at the Villa Park stadium and will complete the fixtures of Saturday’s game day. The match will start at 19:30 Moscow time.

By our assessment of the playing shape of Everton, we foresee an interesting game on Saturday. We bring to your attention our prediction for the Aston Villa vs Everton match, which might help you to make the right bet.

Dean Smith’s wards are still unsuccessful in the new season. Four rounds have already been played and the summer residents have only 4 points. This result does not allow the team to rise above the 12th position in the standings. Moreover, after an incomprehensible 1-1 draw at home in the match against Brentford, the team lost in all respects to London-based Chelsea. The score in the match was 0-3 in favor of the aristocrats.

The blue team from Liverpool has been surprised with their results so far. After 4 rounds, Rafael Benitez’s team has 10 points and 4th place in the standings. This achievement was facilitated by the results on the football field. In round 3, Everton defeated Brighton 2-0 away. In the 4th round, Benitez’s team dealt with the team from Burnley with a score of 3-1 at home.

Aston Villa and Everton have played 224 times at the official level. Each of the teams has the same number of victories — 82. The other 64 matches were drawn.

Aston Villa will play at home and must win. Everton has been playing well so far and can also win an away match. The chances of the parties are approximately equal. In such a situation, a prediction based on productive football may turn out to be correct. This is our prediction for the Aston Villa vs Everton match.