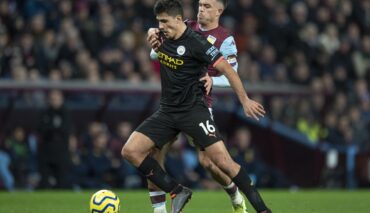 Aston Villa, however, has 2 games in hand, it will be their matchday 31 of the premier league. They are currently at 11th spot in the table just one point behind the 10th place Leeds united. On the other hand, the top spot holder Manchester city needs 11 points to 100 percent assured champions of England. It will be their third Premier League title in four years under the exceptional coaching of Pep Guardiola.

To the surprise of everyone, Villa started their 2020/21 premier league campaign with a blistering form getting away points from the top 6 clubs of the league. However, their recent form is not as good as it was at the start of the season. In fact, their recent form is not good according to their standards as well. Losing their star striker Jack Grealish due to injury has an impact on their attack power and they are unable to fire goals in the attack.

Aston Villa’s recent form is in shambles as they only managed to win one game out of the last they played. Two of the fixtures ended in a draw while three matches ended in a defeat for Aston Villa. They had a pretty close contest when they faced Liverpool in their last outing in the premier league. They managed to go ahead against Liverpool but soon their lead was canceled and overdue by Liverpool’s star Firmino and Salah.

The probable champions of England this season just only need 11 points to secure their crown of the premier league. However, any slip from their arch city rivals Manchester united will get them trophy home sooner than they planned. Pep Guardiola’s success is inevitable as they will be looking for 3rd premier league trophy in the last four years. The citizens will be hoping to avoid any misadventure late in the season as they are comfortable on the top spot of the table and they don’t have any pressure on them.

The city’s recent form has been poor according to their standards. They were ousted by Chelsea in the FA Cup semi-final with a scoreline of 1-0. Their chances for a treble were cut short by Chelsea’s Hakim Zyeich who scored the only goal of the match. Manchester city’s last game in the premier league also did not end well as they were beaten by 10 men Leeds united in the dying minutes of the match.

This fixture will be a display of exciting attacking and defensive football. So, we would suggest betting under 2.5 goals scored in this match and a win for Manchester City.