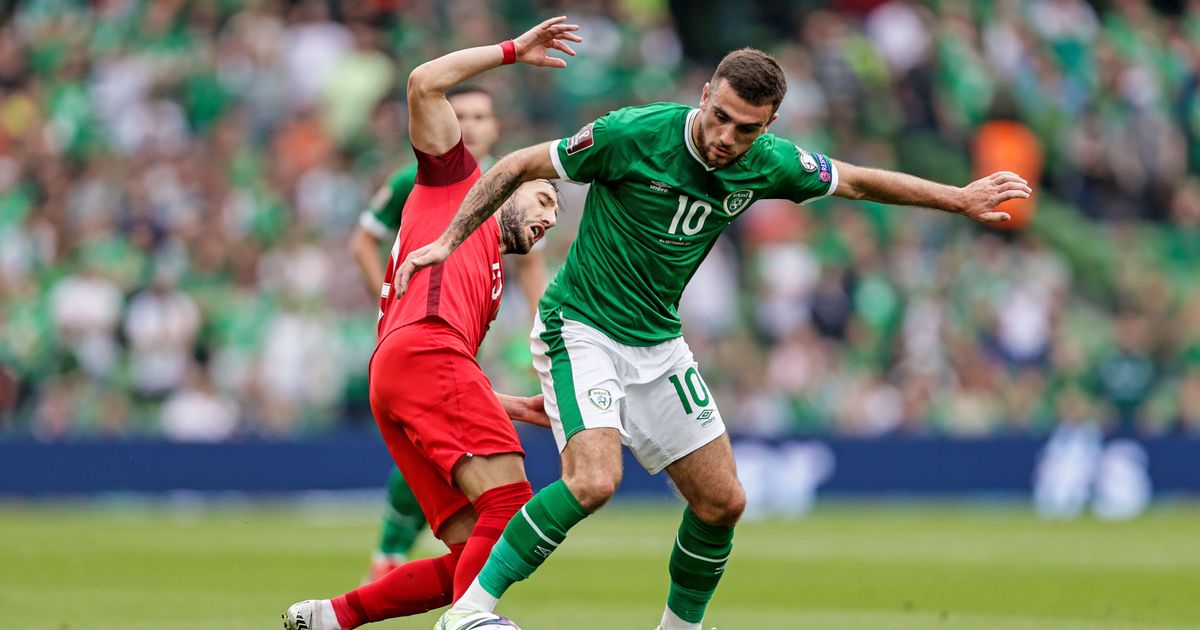 On Saturday, October 9, there will be an interesting confrontation between the two outsider teams of Group A of the qualification of the 2022 World Cup. The Azerbaijani national team is hosting the Irish national team at the Olympic Stadium in Baku. The game will start at 19:00 Moscow time.

We bring to your attention our prediction for the Azerbaijan vs Ireland match. We hope that you will find it useful for your bet on the outcome of this match.

The team of Gianni de Biasi has no chance in this selection. After 6 rounds, the team has only 1 point and the last line in the standings. By the way, the only favorable result Azerbaijan managed to get was in the match with the national team of Ireland in which they achieved a 1-1 draw in Dublin. In the last round, against the Portuguese national team, Azerbaijan was defeated with a score of 0-3.

The Green Island team has also lost all chances to compete for a ticket to the World Cup in the current qualifying round. At the beginning of qualification, failures threw the team to the very bottom of the standings. Before the upcoming game with Azerbaijan, the team of Stephen Kenny has only 2 points. It also shows disappointing results in the last two rounds of selection: a 1-1 draw in the match with Azerbaijan and a 1-1 draw in the match against the Serbian national team.

The Azerbaijan and Ireland national teams have played each other only once. The first face-to-face meeting of these teams took place within the framework of this selection. The game took place on September 4 in Dublin and ended with a 1-1 draw.

By all criteria, Azerbaijanis can and should achieve success in the upcoming game. The team plays at home, and the motivation after the away draw in Dublin is quite a serious argument.  Azerbaijan’s victory is our prediction for the Azerbaijan vs Ireland match.

Probable result – the victory of Azerbaijan.