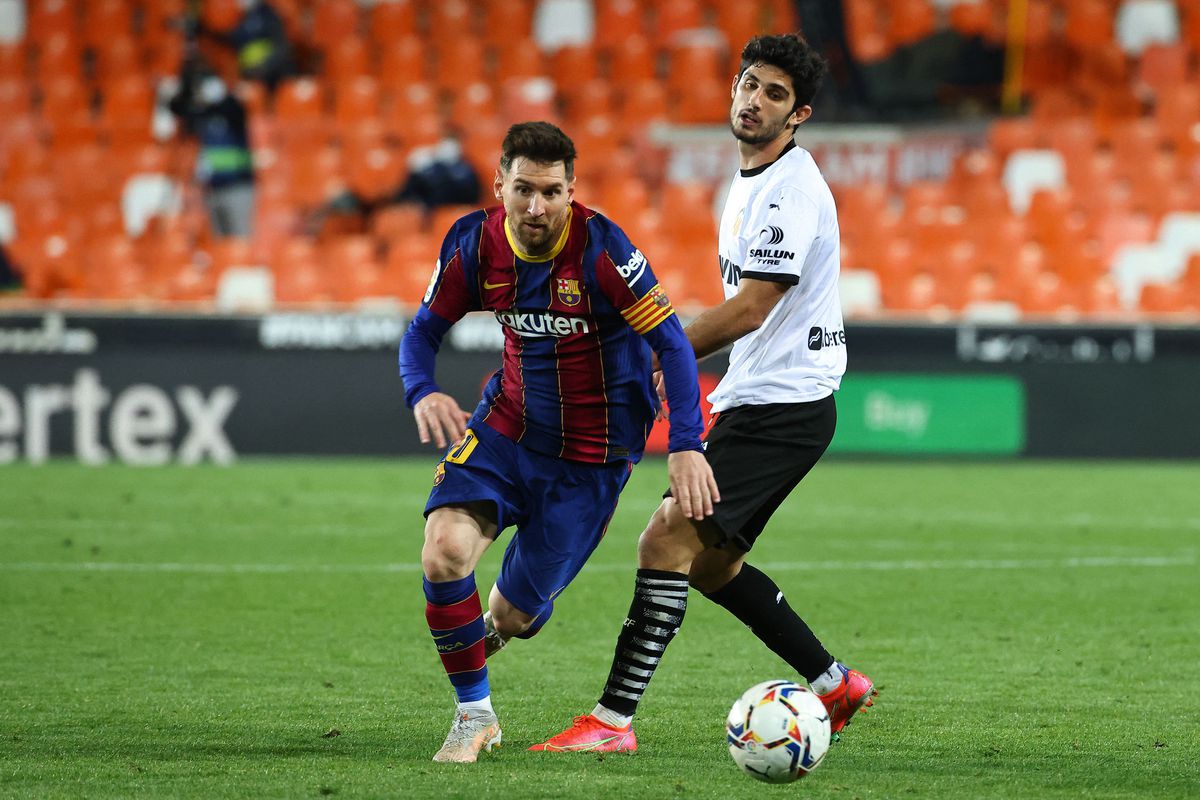 The Sunday game day of the 9th round of the Spanish La Liga championship will end with a game at the Camp Nou in Barcelona. Here, late in the evening on October 17, the teams of Barcelona and Valencia will meet in a head-to-head confrontation. The game will start at 22:00 Moscow time.

Even if the current Barça is far from their normal good playing conditions, it will be interesting to watch the upcoming game. On our part, we offer a prediction for the Barcelona vs Valencia match, which can be useful when making a bet on this game.

Ronald Koeman’s charges have continued to amaze their fans. This season, the game of the Pomegranate-Blues is far from brilliant. Just look at the results of the last two test matches with Barça. First, there was a 0-3 defeat in Lisbon in the Champions League match with Benfica. Then, they lost 0-2 in a face-to-face duel with Atletico Madrid. With such results, the pomegranate-blue team has 12 points and so far occupies 9th place in the standings after 7 games played.

The team of Jose Bardalas has no fewer problems this season. The Bats have not won four rounds already. After two defeats in a row, the team drew in the last two rounds. First, there was a 1-1 draw in the match of Atletico from Bilbao, followed by a 0-0 draw in the game with Cadiz. As a consequence of such disappointing results, the team occupies 8th position in the standings with 12 points gained.

Until now, Barcelona and Valencia teams have met 222 times on an official level. In 107 matches, the victory was for the pomegranate-blue team, while in 59 meetings, the bats were stronger. Draws were recorded in the other 56 matches.

Considering the performance of both teams in their previous games, it is extremely difficult to single out a favorite in the upcoming match. It is better to bet on goals scored. There is a high probability that the ball will fly into both goals on Sunday. This is our prediction for the Barcelona vs Valencia match.