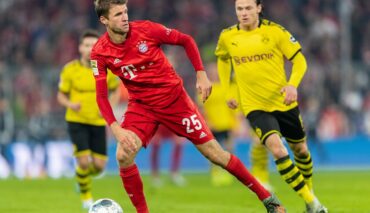 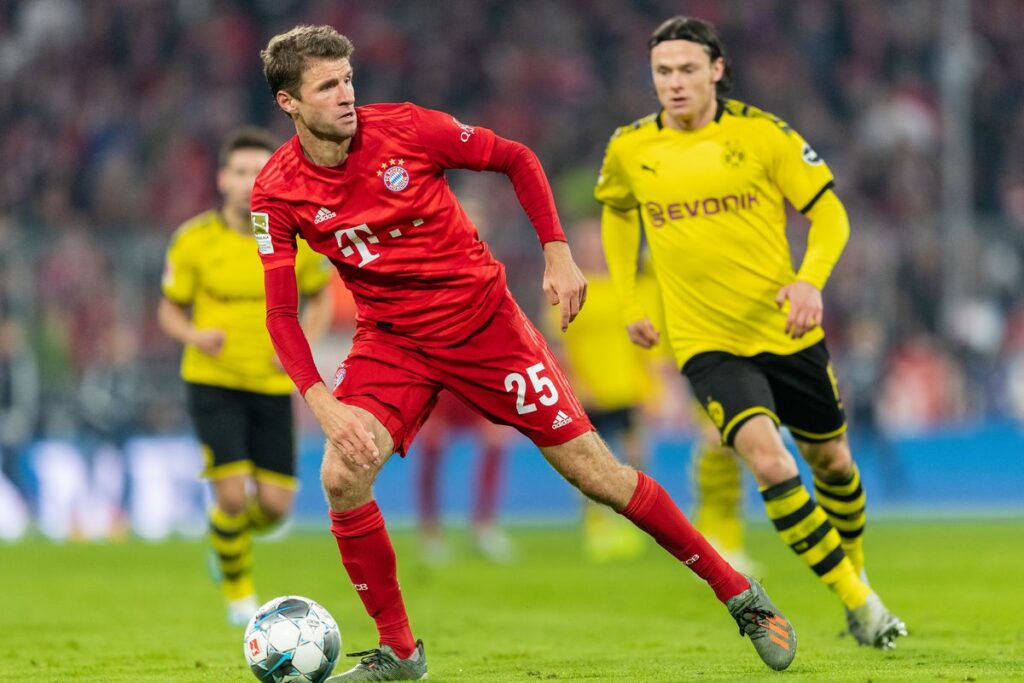 Bayern Munich will take on Borussia Dortmund in Der Klassiker on Saturday 6th March 2021, with the visitors looking to win their third consecutive league game to increase their chances of qualifying for the champions league next season.

Bayern, on the other hand, has to at least dodge defeat at the Allianz Arena to guarantee they stay on top of the table ahead of the second-placed RB Leipzig.

After dipping five points in two games followed by their recent arrival from the Club World Cup in Qatar, Hansi Flick’s side’s 5-1 win against FC Koln last weekend was a significant one on numerous levels.

The interim Dortmund Manager Edin Terzic’s men did fine to defeat relegation strugglers Arminia Bielefeld 3-0, but they will have a far greater task in Saturday’s derby. Bayern always displays the best in big high-intensity matches. They are eyeing their fifth successive win over Borussia Dortmund in all competitions.

Bayern has been the powerhouse of the German Bundesliga for the last two decades winning domestic titles every one or two seasons. Their last season was impressive as they rose from the shambles after a poor start of the season and end up winning the treble and recently the club world cup champion.

Bayern struggled a little bit with their injured players but still, they are at the top of the tables with two points clear. They will be looking for a win this match to avoid going on to the possibility of a second spot. Their defensive performance has been shaky recently, conceding a howler goal against FC Koln, but their attack is second to none. With the likes of Robert Lewandoski, Muller, Gnabry, and Sane available for the match, we should expect some good attacking football and goals scored.

Last weekend, Bayern won 5-1 against FC Koln to keep their grip on the Bundesliga title race having formerly suffered a short failure. The Bundesliga defending champions had just won one point from their two games preceding the visit of FC Koln, losing to Borussia Monchengladbach previously drawing with Arminia Bielefeld, a run that permitted the second-place, RB Leipzig, to close the gap on them. Bayern goes into Der Klassiker in exceptional home form, undefeated in their last 16 games at the Allianz Arena in all competitions, last taste a loss in November 2019.

The interim manager Edin Terzic has rebounded from a tough period to lead Dortmund to four successive wins in all competitions.

After a collapse of their own, Dortmund is underway to discover some form in the Bundesliga, undefeated in their last three league games with back-to-back victories over Schalke and Arminia Bielefeld. Through all competitions, they have compiled together four consecutive wins for the first time since November 2020, when they strapped up to second before losing to Bayern. Now, their aim is fixed on a Champions League ticket, with three points splitting them from fourth-placed Eintracht Frankfurt. Regrettably, their away form isn’t good, four of their past six matches in the league, they got defeated, and however, they managed to beat Borussia Monchengladbach in the DFB-Pokal in the middle of the week.

So far 60 matches have been played between Bayern Munich Borussia Dortmund.

Bayern Munich has won 31 matches. Whereas, Borussia Dortmund only managed to win 16 matches. 13 matches ended in a draw. On average both teams scored 3.18 goals per Match.

Over 3.5 goals have been scored in five of the last seven meetings between these two clubs in all competitions. Three of Bayern’s last four outings and three of Dortmund’s last five fixtures have also produced over 3.5 goals.

This is going to be high intensity and full of attacking football match. Both the teams have fabulous strikers in the shape of Robert Lewandoski and Earling Haaland. Based on these facts we offer you to bet on effective football. There is no doubt that both teams will score in the match.