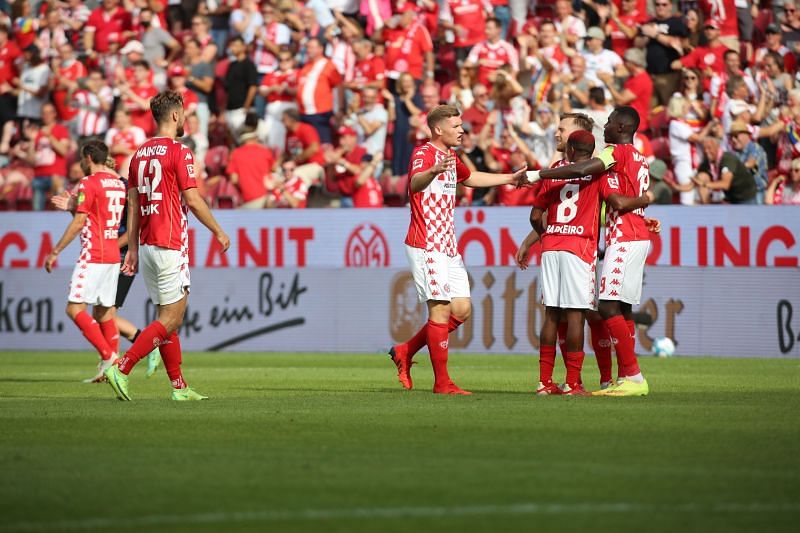 In Bochum, Germany, the match of the 2nd round of the new season of the Bundesliga championship will take place on Saturday, August 21. The local Bochum team will welcome guests from Mainz. The game will take place at the “Vonovia Ruhrstadion” arena. It will start at 14:30 Moscow time.

In the first round, the opponents in the upcoming match achieved diametrically different results. Based on the current situation, we bring to your attention our prediction for the Bochum vs Mainz match, which, in our opinion, may be useful for those who want to bet on this game.

Thomas Reis’ charges played in their first Bundesliga and managed to achieve great success. Nevertheless, this turned out to be not enough to start the elite division of the Championship on a successful note. Wolfsburg examined the newcomer to the Bundesliga Championship in their first-round match of the 2021/22 season. At the end of it, Thomas Reis’s team failed their first serious exam, losing with a score of 0-1. We hope that the second attempt will be more successful for Bochum.

The guests of Saturday’s match will go to the game in Bochum as favorites. Still, in the first round, Bo Svensson’s wards managed to beat RB Leipzig. The score in the match was minimal, just 1-0. But this was enough for Mainz to win and earn the three points. In the new season, the team is looking forward to attaining high places in the standings. So, it does not intend to lose points in a match with such rivals as Bochum.

Within official tournaments and competitions, Bochum and Mainz have met 16 times. Bochum has 4 wins, while Mainz has 9 from the games played. Thus far, both teams have drawn thrice.

Irrespective of what others might say about the upcoming game, we believe that Mainz has more chances of winning. This is facilitated by the class of the team and the good emotional mood of the players after their victory over Leipzig. Therefore, we predict that the guests will win.

Probable result – the victory of Mainz.