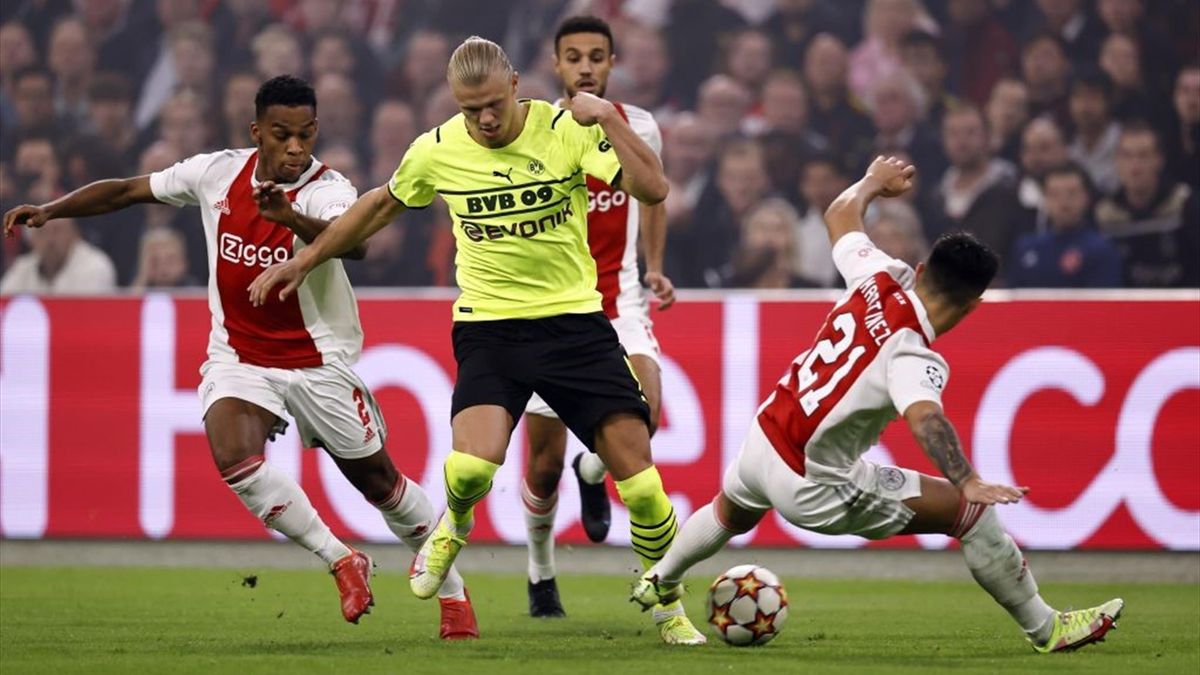 In the Champions League calendar, Wednesday, 3 November 2021, is marked for matches of the 4th round of the group stage. We are interested in the outcome of the upcoming confrontation in Dortmund, where the local Borussia team will take on the Amsterdam Ajax team. The match will start at 22:00 Moscow time and will be held at the Signal Iduna Park arena.

At this juncture, we bring to your attention our prediction for the  Borussia Dortmund vs Ajax match. Given how the two teams ended up in the competition two weeks ago, we think that there will again be surprises in their upcoming game.

Marco Rose’s team is determined to take revenge in the game against Ajax this time. The team’s previous game in Amsterdam, which ended in a major defeat for the Bumblebees, is a thing of the past. In Group C, Borussia is in 2nd place in the standings; this achievement shows that the team is now in good shape. The team’s gap from the leading Munich Bavaria is 1 point. In the German championship, Dortmund is still unbeaten. In the next match of the 10th round of this championship, Borussia beat Cologne at home with a score of 2-0.

Despite the fact that Eric ten Hag’s charges have practically booked a place for themselves in the playoffs, Ajax is very responsible for the upcoming return match with Borussia. In the control game of the Eredivisie championship, Ajax beat PSV (its direct competitor in the fight for the championship trophy) 5-0. In the next round, Eric ten Hag’s team had little strength left. So, they played a 0-0 draw in the match against Heracles.

Borussia Dortmund and Ajax teams have met 5 times within the framework of international cups. Dortmund celebrated victory in 2 games, while Ajax was stronger in 3 games.

It is possible to expect anything in this game. However, a bet on the victory of Borussia can be successful. Dortmund has nowhere to retreat, and the reputation of the team is now at stake. That is our prediction for the Borussia Dortmund vs Ajax match.