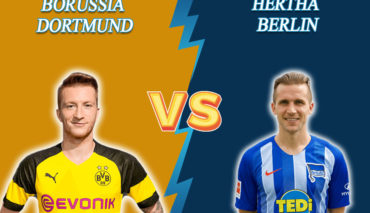 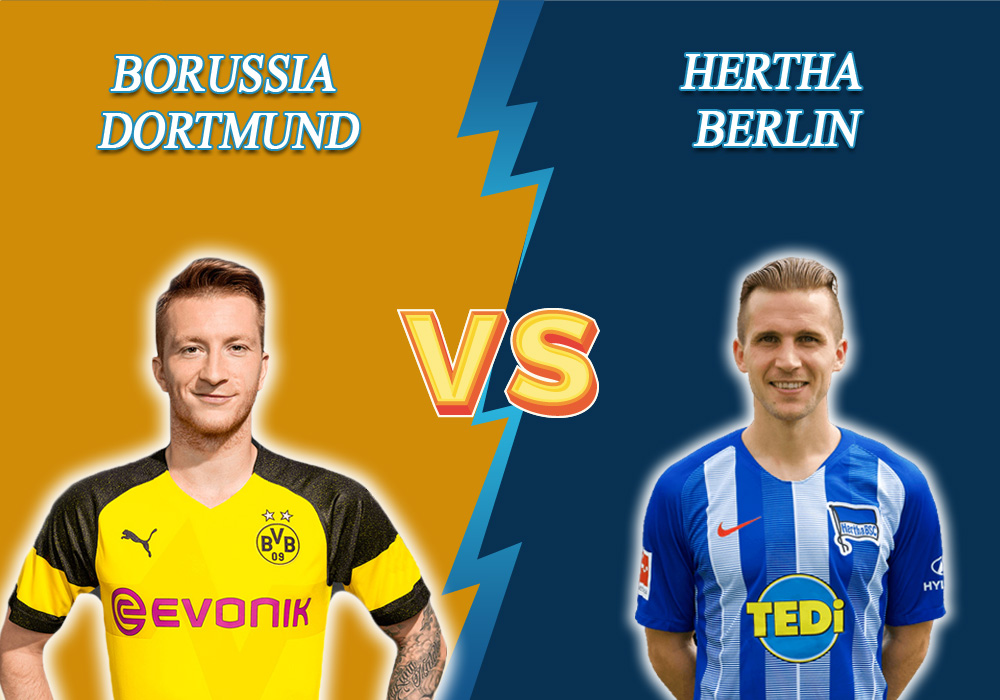 The meeting of the Bundesliga thirtieth round will be held between Borussia Dortmund and Hertha on June 6, at 16:30 GMT. Here is a sports prediction for the event by Bettonus.

Borussia failed to withstand the pressure of Bayern, so they were defeated with a 0:1 score. As a result, the players need to defend their second place in the standings because there are three other possible nominees for this rank. In the previous round, the “Bumblebees” had no chances against Paderborn — a loss with a 6:1 score. Apart from witnessing how the rivals could beat the outsider, the fans were lucky to see the benefit of Jadon Sancho, who managed to score three goals in the Paderborn gates. The “Bumblebees” have one of the strongest attacking in the championship: overall, they kicked fifteen goals in the previous five matches.

Hertha makes a lot of efforts to climb the tournament ladder. The Berlin club has finally found their coach in the person of Bruno Labbadia, and they haven’t lost six games in a row so far (three wins and three draws). In the previous round, Hertha showed off as a great defender and defeated Augsburg with a 2:0 score at home. Such a non-losing series helped the team to be ranked ninth in the standings. Now they have the same number of points as Freiburg — 38. The main thing is that Hertha has a chance to appear in the European Cups’ zone.

The bookmakers’ odds for the upcoming event are as follows: Borussia Dortmund — 1.40, a draw — 5.65, and Hertha — 8.50. Hertha kicked in 6 out of the previous 7 head-to-head meetings in the Bundesliga, so you can consider their scoring in the upcoming match for 1.51. In 8 out of the last 10 home games in the championship, Borussia scored at least three goals. We recommend placing a bet on Borussia ITB 2.5 for 2.00.