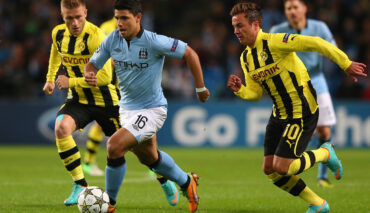 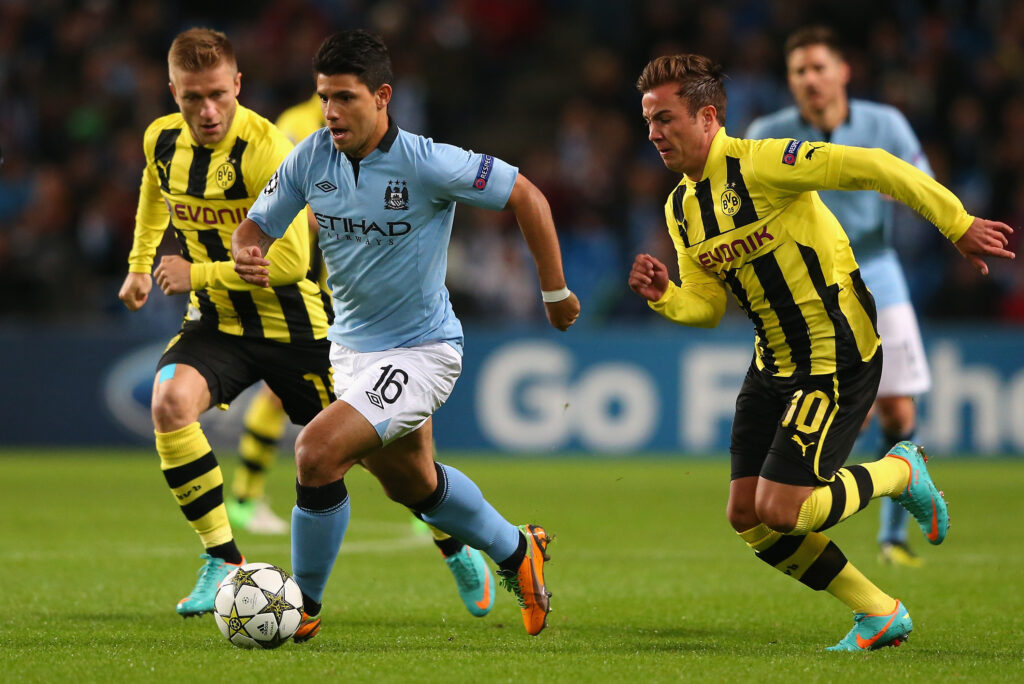 Borussia Dortmund will welcome Manchester city this Wednesday at Signal Iduna Park in Germany for the second leg of their quarterfinals tie. It was an exciting match when both teams met last week in the first leg of the tie.

The match was destined for a tie when Marco Reus canceled the goal of Kevin De Bryne late in the second half, 6 minutes before the 90th minute. But, the city responded back in an awesome way and got their lead back in stoppage time courtesy of an amazing goal by young English men Phil Foden. The match ended with a final score of 2-1. Although Dortmund lost the match they got the all-important away goal with trailing just one goal which they will be looking to overturn in this fixture.

Dortmund is one of the exciting teams of this tournament but they are poor in defense while their real firepower is upfront with their strikers. Dortmund squealed through to the quarter-finals after a late jolt against the Spanish side Sevilla in both legs of the round of 16. Also, it has not been an easy run in the Bundesliga in previous weeks for Dortmund managing only one win in their last four matches which came against the team in poor form Hertha Berlin.

Dortmund has lost their last two champions league quarter-finals and the situation seems not to be different this time around. Dortmund’s star striker Erling Haaland has been at the center of attention due to transfer rumors in the past few weeks with the summer transfer window is around the corner. The city is also one of the teams linked with the striker and will get to see him up close his striking skills.

Manchester City has their hopes alive for the quadruple this season and they look to have a step forward to achieve this dream. They are already in pursuit of a domestic treble, on top of the premier league table; they are in the final of the capital one cup and in the semi-final of the FA cup. Pep Guardiola will be looking to create his legacy in the city after achieving this dream of quadruple.

With a 2-1 lead in the home game against Dortmund, the city will be hoping to seal the deal against their German opponent by seeing them off in the away leg and qualifying for the semifinal of the champions league for the second time in their history. The last time they achieved this feat was in the 2015/16 season.

Manchester City came on top in the last encounter between these two teams. Both teams have come across a total of 3 times, with Manchester City and Dortmund bagging one win each and one match ended in a draw.

You will see a lot of exciting football in this exciting fixture. So, we suggest betting on over 2.5 goals in this match because this game will be full of attacking displays.