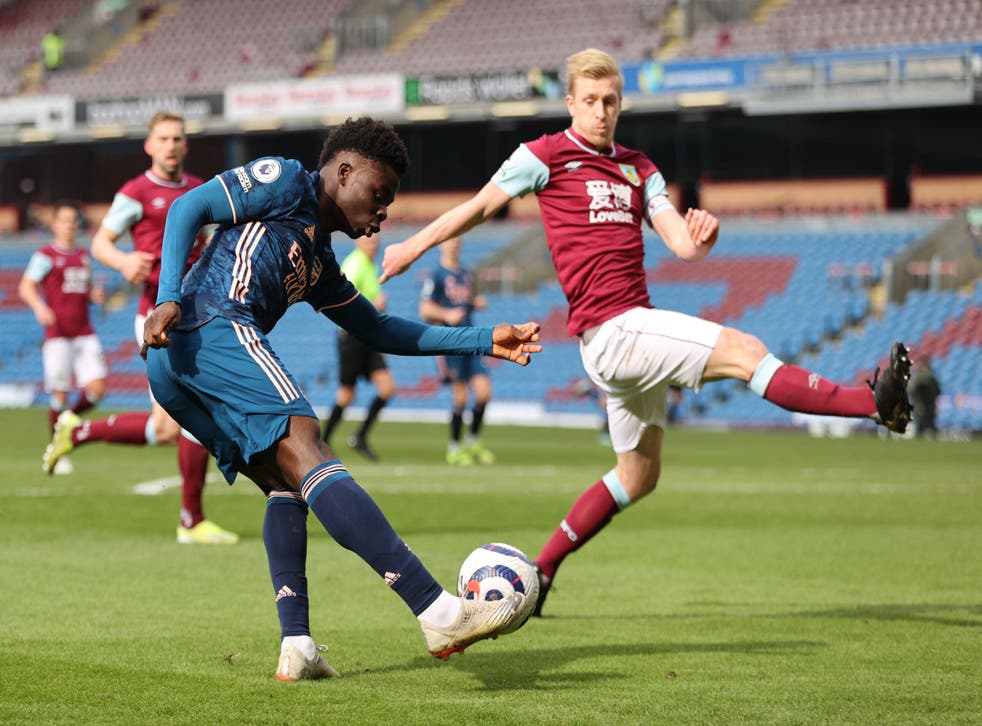 The match in Burnley will continue on Saturday, 18 September. The local team Burnley will meet London Arsenal in their match of the 5th round of the English Premier League Championship. The game will start at 17:00 Moscow time.

Not so long ago, the rivals were neighbors in the standings, occupying the least attractive places in the lower part of the standings. It will be interesting to watch the game and know its result. We hope that our prediction for the Burnley vs Arsenal match will help you figure out the most likely outcome of the match and make the right bet.

Sean Ditch’s wards still cannot find their game and are yet to enter into their usual game rhythm. After four matches played, Burnley has only one point that was gained in the 4th round of the championship. At home, Daich’s team drew 1-1 with Leeds. The hosts will likely try to do their best in the upcoming game against the Gunners.

Unexpectedly, Arsenal found itself in the company of losers. After three rounds of play, the Gunners are yet to achieve a more or less acceptable result. Success came only in the 4th round, in the game against Norwich, which Mikel Arteta’s charges nevertheless won with great difficulty. Ahead of the upcoming visit to Burnley, the Gunners had 3 points and were 16th in the standings.

The teams have played 111 times at the official level. In terms of matches won, Burnley has 34 wins while Arsenal has 54. Draws were recorded in 23 games.

Although Burnley will be playing at home, Sean Deitch’s team has little to do in Saturday’s game against the Gunners. Still, after the victory over Norwich, Arsenal feels more confident and has more chances of winning the upcoming game. This is our prediction for the Burnley vs Arsenal match.

Probable result – the victory of Arsenal.