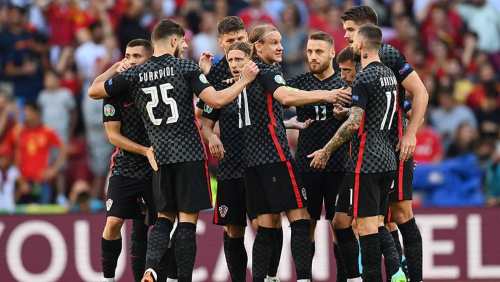 Croatia, The Chequered Ones, are in second place in the League of Nations group, just behind Denmark. After a weak start against Austria at home (0-3), they had a 1-1 draw against France and 2 wins (1-0 against Denmark and France away), due to the outstanding performance of their goalkeeper, Livaković. This team looks somewhat aged and experienced, with underwhelming speed. A counterattack is more suitable for them; a patterned offence against strong Danes in Zagreb will be very difficult.

Denmark is considered one of the underdogs in the upcoming World Cup in Qatar. The semi-finalists of the last Euro showed a high level of football in this League of Nations. They had 3 wins and only one defeat against Croatia at home, where they screwed up a bunch of scoring chances. They scored twice, but their goals were disallowed. They are stronger than Croatia as a team and they have to show it on the pitch.

In attack, Croatia has problems. They have good midfielders, but Modrić and Perišić lack speed. The defensive line is also not very good. So it is likely that Denmark will win this match. They are better prepared than the home team and have strong players. In our prediction for the Croatia vs Denmark match, we focus on the victory of Denmark or a draw with a coefficient of 1.56.

Probable result – Victory of Denmark or a draw with odds of 1.56.