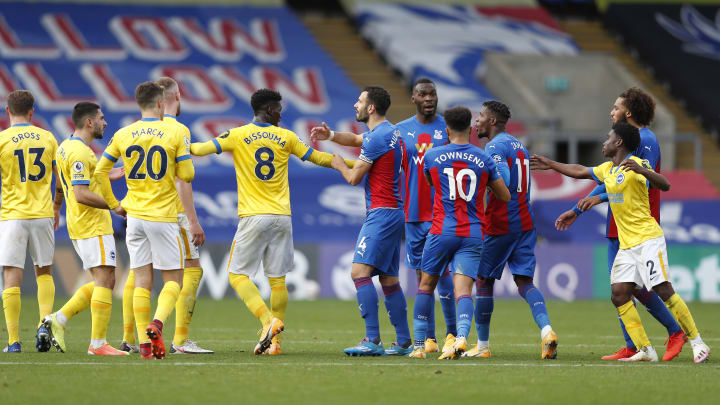 The 6th round of the English Premier League Championship will end in the capital. On the evening of Monday, 27 September, at the Selhurst Park Stadium in London, the Crystal Palace team will play with the Brighton team. The game will start at 22:00 Moscow time.

This game is interesting to predict because both teams know how they have been performing in the Championship thus far. Accordingly, it will be interesting to guess the outcome of this match. So, we opine that our prediction for the Crystal Palace vs Brighton match is relevant.

Patrick Vieira’s team has continued to amaze the football community with their performance and results in the Championship. How else could the team’s unimpressive play in the past rounds of the Championship be explained? After a brilliant 3-0 win against Tottenham, Crystal was defeated by Liverpool with the same score in the next round. There is an obvious lack of stability, which is why Patrick Vieira’s charges cannot rise above the 14th line in the standings.

The current Brighton is not at all like the ordinary team to which we are already accustomed. After 5 played rounds, Graham Potter’s wards have 13 points and occupy a high 4th place in the standings. The team does not score that much, however, it achieves favorable results. In the last two rounds, the team won: Brentford 1-0, and Leicester 2-1.

The home-field advantage factor is unlikely to help Crystal Palace succeed on Monday. Nevertheless, Patrick Vieira’s team can play a draw. Obviously, such an outcome can be ok for the visiting team. So, a draw is our prediction for the Crystal Palace vs Brighton match.