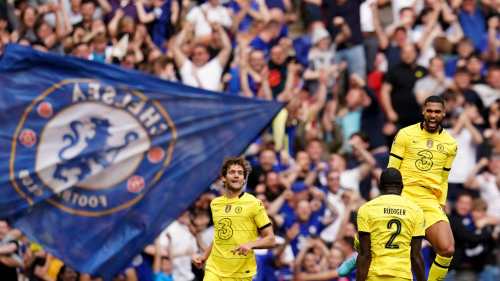 Crystal Palace uses a formation similar to Tuchel’s at Chelsea. They haven’t had an impressive performance since the beginning of the season, but they can compete with the EPL favourites pretty much. Their matches against Man City and Newcastle ended with scores of 2-4 and 0-0, respectively. The team scores a little more than a goal per game on average, and there are no problems in attack (Zaha, Ayew, Édouard). To wound the Blues in the Derby is a bounden duty.

Moreover, the Blues are in a stage of restructuring due to the change of manager. Graham Potter from Brighton is a good choice, but he has no experience working with big teams and he didn’t start with a victory in London.

Chelsea played against RB Salzburg in the UCL and the game ended with a score of 1-1. Despite the fact that new players have been added to the team this season, the team has conceded goals in 5 matches in a row, which shows that there are still problems in defence. There is still a lot of work to be done to improve their performance.

It seems that the Eagles have a great chance to score in this match. Vieira is perfectly familiar with the opponent’s game potential and strategy. Crystal Palace scored goals in all their home matches this season, while Chelsea has problems with the defence line now. In our prediction for the Crystal Palace vs Chelsea match, we urge you to place a bet on the “Home team to score” with the option “yes” with a coefficient of 1.53.

Probable result – Home team to score with the option “yes” with odds of 1.53.