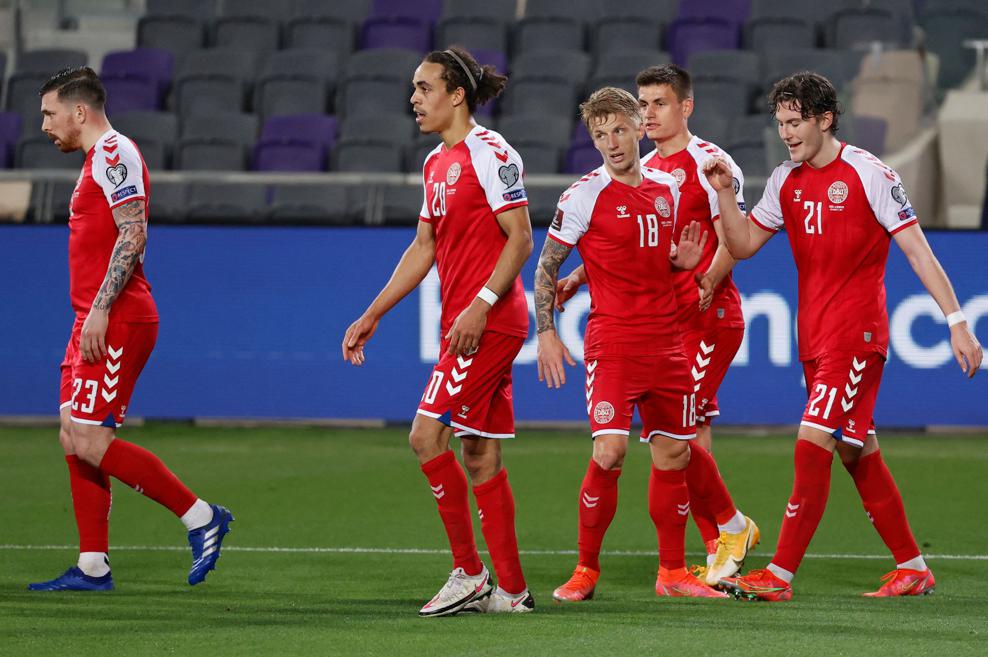 On 7 September 2021, a match between the national teams of Denmark and Israel will take place within the qualifying stage of the FIFA World Cup. The teams are the leaders of the group, but the Danes have a significant lead. The Israelis played recent matches powerfully and may bring to the Scandinavians their first defeat.

Having made a prediction for the match Denmark – Israel, we have identified the leader of the upcoming match.

The national team of Denmark is the undisputed leader in its group. The team is on the first line with 15 points scored. The Scandinavian team plays confidently against both the leaders and outsiders of the group. The Danish national team confidently won the first match against Israel (2:0), but the latest results of the Israelis indicate that it will not be easy for the Danes to win the game.

The national team of Israel is second in Group F with 10 points scored. The team confidently beat outsiders of the group and can take points from any opponent in its group. It is worth highlighting the last game against the Austrian national team, where Israel beat strong Austrians (5:2). The victory in this confrontation is necessary for the team in order to retain the second line and widen the gap with the Scots.

Before making a prediction for the match Denmark – Israel, the staff of our analysts suggests considering the results of recent matches of both teams.

Israel – will it save its position?

The national team of Israel played with the following opponents in the current qualifying round:

The team started well in the qualification and lost only to Denmark – a confident leader of the group. In the last two matches, the team scored 9 goals, which indicates the high potential of the team.

The national team of Denmark played with the following opponents;

The Scandinavian team leaves no chances for the opponents in this qualifying cycle. The chances of winning this match are very high, but this time the opponent is in very good shape. Will Denmark be able to hold its position?

Based on the results of recent matches, preference can be given to Denmark, but only due to the higher professionalism of players. Otherwise, we can say that there are two absolutely equal and motivated teams.