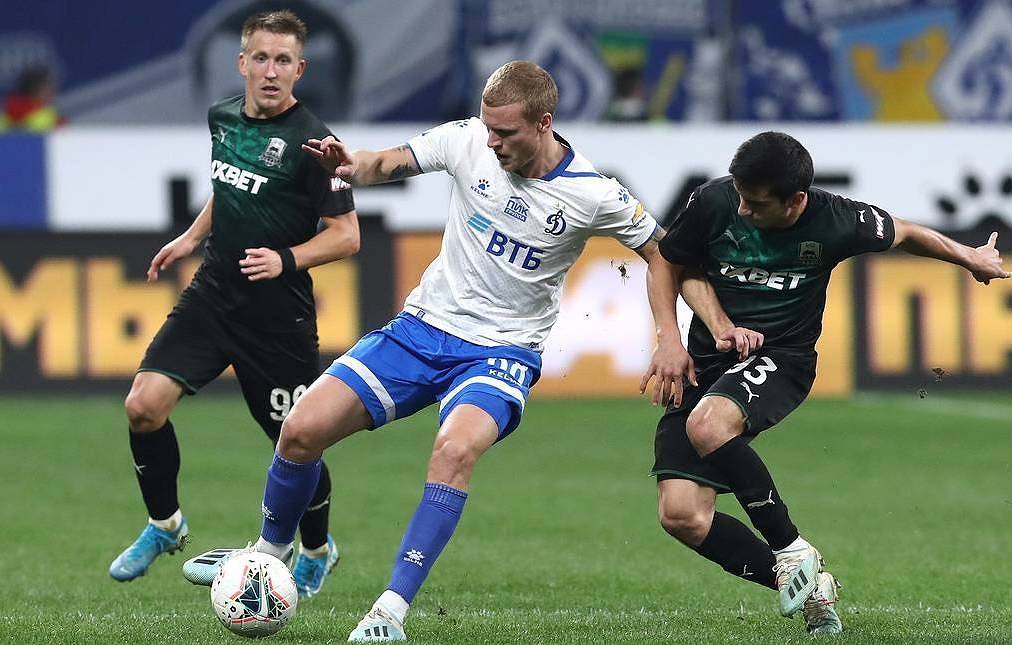 On Saturday, November 6, in the 14th round of the Russian Premier League championship, there will be a match between Dynamo Moscow and Krasnodar. It will kick off at 15:30 Moscow time at the VTB Arena in Moscow.

Dynamo continues to compete for the championship leadership position. The team is trying to break into the top three teams in the Russian championship. Considering the fact that the play of the blue-white in recent matches does not look like their best, it will be interesting to make a prediction for the Dynamo Moscow vs Krasnodar match. We have made many accurate match predictions in the past. So we hope that our prediction will turn out to be correct once again.

Sandro Schwartz’s charges are in an ambivalent position. On the one hand, the team is fighting for high places in the standings this season. On the other hand, the team’s play is not stable. An example is a recent defeat with a score of 1-4 in the game against St. Petersburg Zenit. After this failure, Dynamo again dropped to the 4th line of the rating. Before the coming match with Krasnodar, the white-blues have 23 points and good chances to bypass PFC Sochi in the standings.

The team of Viktor Goncharenko again fell into a losing streak. After a number of successful matches, Krasnodar was defeated in two test matches. First, they suffered a 0-3 defeat in their game against the Kuban for the Russian Cup. Next was a 0-1 home defeat by Wings of the Soviets in the 13th round of the championship. With such results, Goncharenko’s wards again dropped in the standings. Before the upcoming game, Krasnodar is in 6th position in the standings, having 21 points gained.

The Dynamo Moscow and Krasnodar teams have met 18 times at the official level. Each of the teams has achieved success 6 times. A draw was recorded in 6 games.

We want to hope that Dynamo will be able to achieve success in their field on Saturday. Otherwise, the blue-white may lose their chances of fighting for places in the European Cup zone. The bet on the home team’s victory is our prediction for the Dynamo Moscow vs Krasnodar match.

Probable result – the victory of Dynamo.