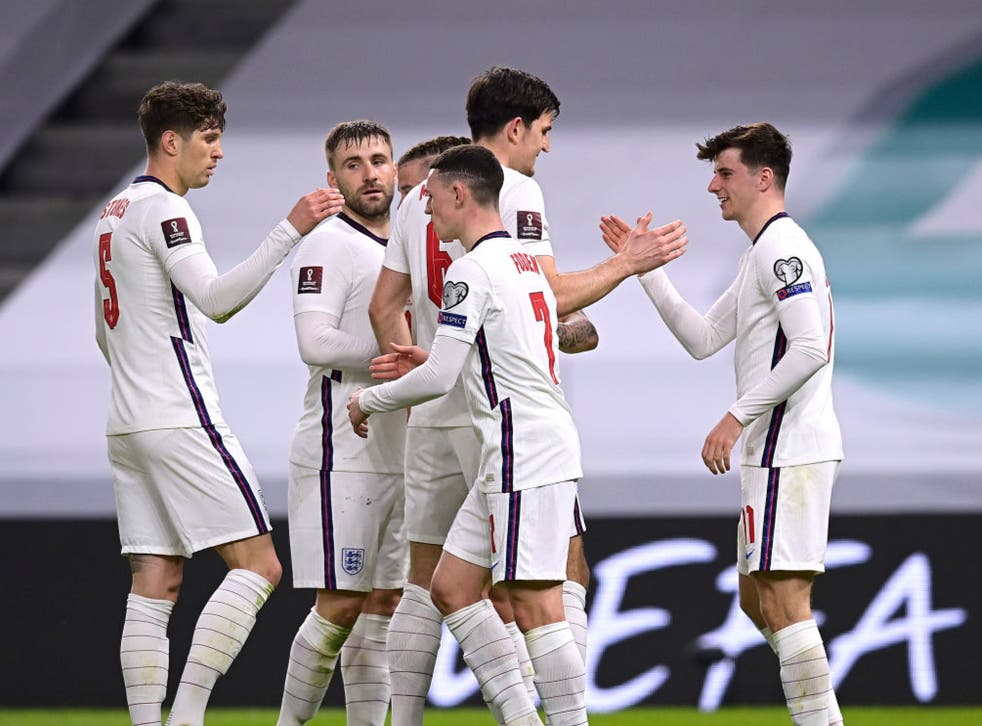 England will play their next match in World Cup 2022 qualifying in Qatar on Friday, November 12. This time, the rival of the English team is the national team of Albania in Group I. The match, which will start at 22:45 Moscow time, will be played at the legendary Wembley Stadium in London.

The team of Gareth Southgate is one step away from their main goal this season. The English national team will play well enough to qualify for the upcoming World Cup. What we want to do now is to make a prediction for the England vs Albania match. We hope that our assumption will be correct.

The English have played well in the current qualifying cycle,. Two rounds to the end of qualification, Southgate’s side has 20 points and top spot in the standings. Now the only rival of the English team, the Polish national team, is three points behind; but the Albanians and the national team of San Marino are their rivals in the remaining two rounds.  In the previous round, the English easily defeated the team of Andorra, winning 5-0.

Edoardo Reja’s Albanians have a theoretical chance of making it to the World Cup finals. However, only the results of the remaining two rounds in Group C will give the final answer to this question. Before the upcoming game at Wembley, Edoardo Reja’s charges have 15 points gained. In the previous round, the Albanian national team lost with a minimum score of 0-1 to the Poles, thereby complicating their tournament problems.

In friendly matches and at the official level, the England and Albania teams played 5 times. In all five matches, the English team celebrated success.

For sure, the class of Gareth Southgate’s team is higher. Moreover, the English are playing at home. If England wins the upcoming match, the team can book tickets to Qatar. In such a situation, a prediction with a bet on a total/more than 2.5 on the England vs Albania match may be accurate.