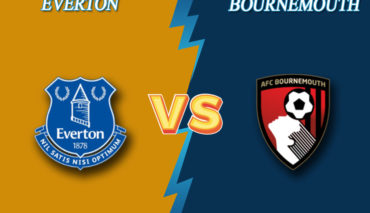 On July 26, at 15:00 GMT, Everton will host Bournemouth. Their match will mark the matchday 38 of English Premier League. Here are some free tips by Bettonus.

The Toffees have been approaching the end of the tournament in the table’s equator. Currently, Carlo Ancelotti’s troops sit the 11th place and have 49 points earned in 37 rounds. Speaking of all EPL fixtures, Everton’s stats include 13 wins, 10 draws and 14 losses. The home stats include 8 wins, 7 draws and 3 losses in 18 games. The Toffees make a good stand mostly at the home ground, though last week they got 0:1 win over Sheffield in the away fixture.

Sitting the next-to-bottom place, the Cherries have all chances to face relegation unless they defeat Everton in the final battle. However, even that is not enough – Eddie Howe’s team is in need of victory, as well as of simultaneous defeat of Watford, as the Cherries are 3 points behind them. The team’s major issues originated in the previous matchday where Bournemouth faced 0:2 home loss from unmotivated Southampton, thus making the chances to stay in EPL very slim.

The teams tied the score in the 1st half of 4 out of the last 5 head-to-head EPL battles. The same result in the upcoming game is estimated at 2.30.

Bournemouth scored in the 2nd half of 5 out of the last 6 head-to-head EPL battles. A goal by Bournemouth in the second half is estimated at 1.77.