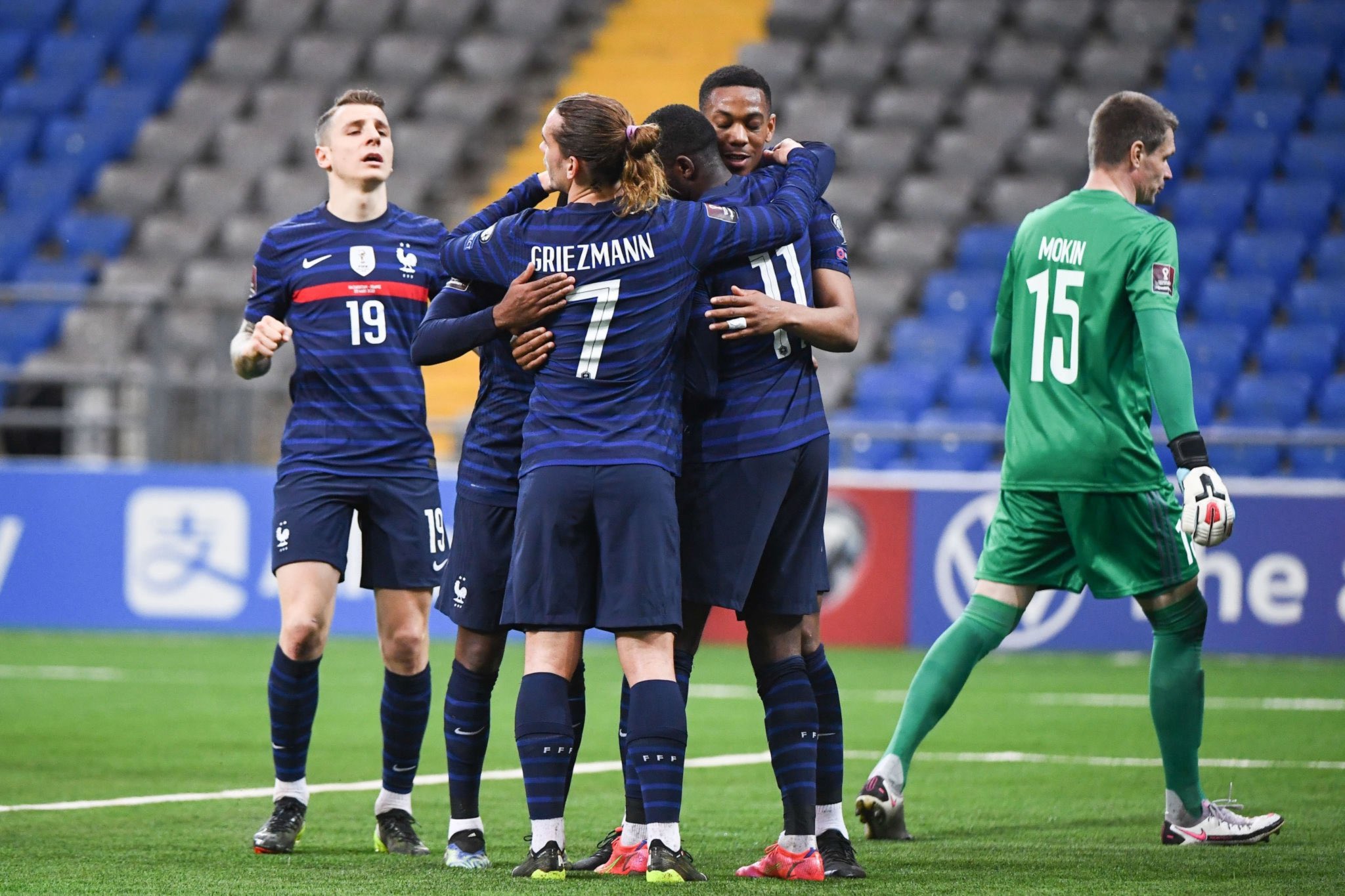 On September 1, France will play against Bosnia and Herzegovina in a qualifying round to the 2022 FIFA World Cup. The match will start at 21:45 Moscow Standard Time (MSK).

The French national football team currently occupies first place in Group D without suffering a single defeat. Meanwhile, the national team of Bosnia and Herzegovina has not earned a single victory yet. The balance of power in the coming match is unequal as the Golden Lilies will compete with the reigning world champions.

Can France qualify from Group D without losing a match?

Literally, the Tricolors instantly secured the first position of the tournament bracket from the beginning of the qualifying rounds in Group D. Most likely, this result will persist until the end of the qualification. The strength of the national team has been proven in the previous World Cup and, judging by the latest matches, France’s potential is gaining momentum.

With three matches played thus far, the French team has gotten 7 points, that is, 2 points short of the maximum possible points. The Tricolors played against the following national teams in March and followed an initial draw with two wins:

The question of whether France will remain a successful leader of Group D will be decided in the re-match of the teams.

Bosnia and Herzegovina are in a precarious situation!

Bosnia and Herzegovina have just one point from two games and, thus, occupies the penultimate position in Group D. The team still has opportunities to improve the situation in further games to gain more points but, unfortunately, will not be able to join the elites. The Golden Lilies seem to be playing out the selection.

Thus far, the Golden Lilies have played two matches that ended with a draw and a defeat:

Considering the results of the last meetings, the potential of both rivals, and their levels of play, we are ready to name the favorite of the upcoming match: the balance of power will remain in the first half and no team will score; but in the second half, a real struggle will begin. Both teams will score one goal, then France will defeat Bosnia and Herzegovina and become the winner of the match.