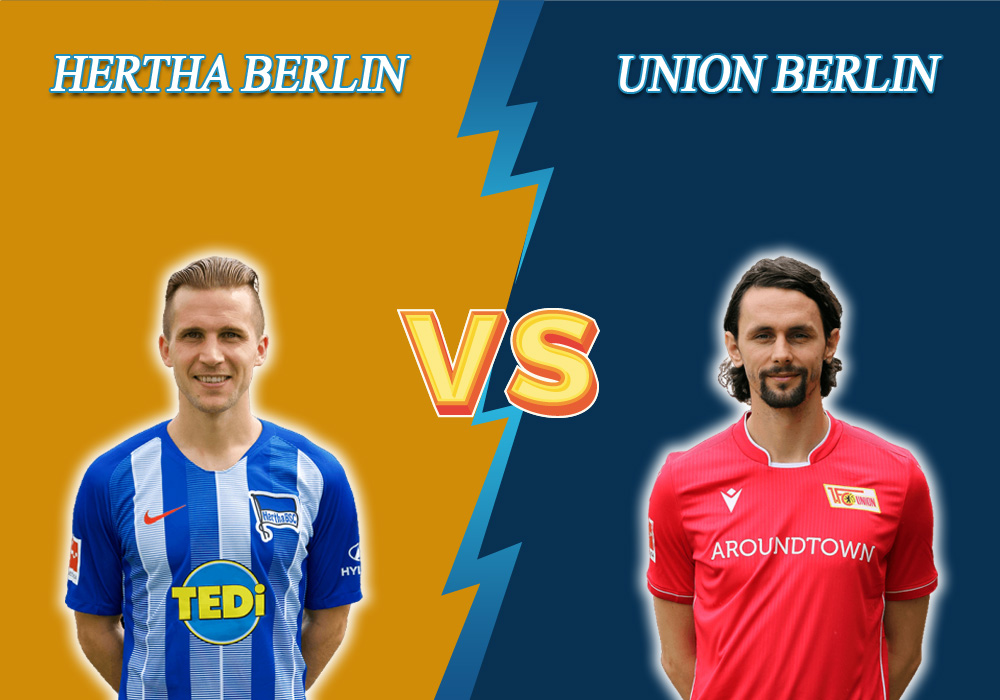 On May 22 at 9.30 PM (Moscow time) at the “Olympic Stadium” the Berlin derby between Hertha and Union Berlin will be held as part of the 27th round of the German Championship.

A break and change of the coach worked in “Hertha’s” favour, and under the leadership of Bruno Labbadia the “White-and-Blue” gained their first victory in four months. In the last round, beyond all doubts Hertha took out “Hoffenheim” with 0:3 on the road, which allowed the Berliners to get one point ahead of the rival “Union” and take 11th position. Inspired by the defeat, the “old lady” will try to exploit success at home arena, where the team cannot manage to win 6 matches in a row.

The capital’s club failed to make things hard for “Bavaria” and drop a bomb. As a result, they were defeated 0:2. The “iron’s” attack could not make a single goal, although before that, the Urs Fischer’s team scored in 10 of their last 12 home matches. However, in the last three of them, the city guys cannot win at all. “Union Berlin” has already fallen to the 12th line, where “Eintracht”, “Augsburg” and “Mainz” breathe down their neck. Before meeting with “Bavaria”, “iron team” lost out to “Freiburg” 1:3 on the road and could not do over “Wolfsburg” at home 2:2.