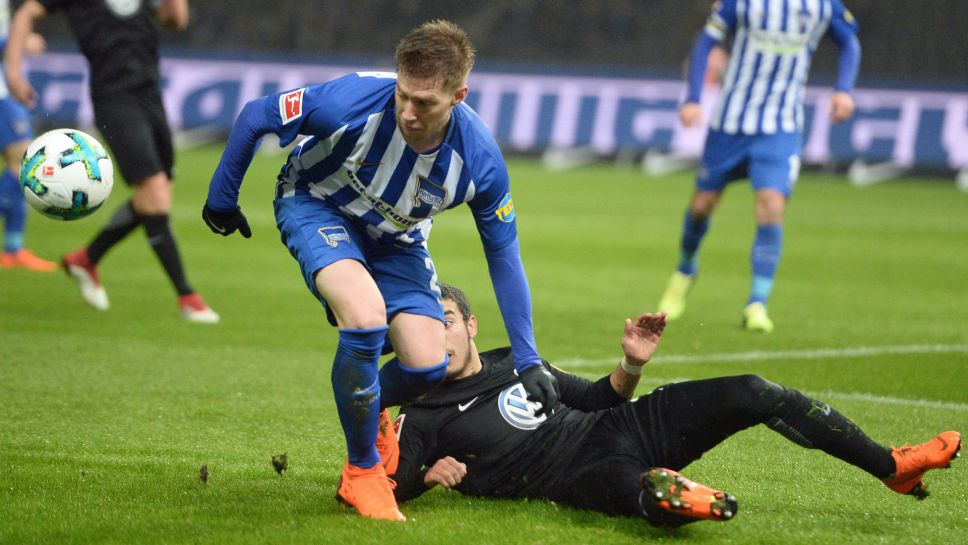 The fixture of the 2nd round of the Bundesliga championship did not skip the capital city of Germany. In Berlin, on 21 August, the Hertha team will play a match with Wolfsburg at the Olympic Stadium. The match will start at 14:30 GMT.

Knowing how both teams played in the previous round, we can assume that the upcoming game will also be an entertaining show. Accordingly, our prediction for the Hertha vs Wolfsburg match can also be useful to bettors.

The team from the capital city started the new season with a defeat. In the first round, playing away, Pal Dardai’s wards lost to Cologne with a score of 1-3. The result was quite predictable as the team from the capital is finding it difficult to enter the new season without a misfire. It remains to be seen whether Hertha will be able to achieve better results;  the upcoming match against Wolfsburg will speak volumes about it.

Mark van Bommel’s charges took a head start in the new season. In the first round, the calendar brought the team together with the newcomer of the championship playing with the Bochum team. It cannot be said that the wolves played brilliantly, but the team did not miss their chance. The result was the victory with the minimum score. Although it looked pale, nevertheless, the team already has three points. It is likely that in the match against the Hertha capital, Van Bommel’s team will try to strengthen their position in the standings.

Until now, the capital city of Hertha and Wolfsburg have met each other 55 times. In terms of the number of victories, Hertha’s team is ahead. The capital team has 21 victories, while Wolfsburg has only 19 successful matches. In 15 matches, draws were recorded.

There is no need to guess who will be the winner in the upcoming match: Mark van Bommel’s charges look clearly stronger. Hertha is still far from their optimal playing shape. Wolfsburg’s victory is only a matter of time. Therefore, we are inclined towards this outcome as our prediction for the Hertha vs Wolfsburg match.