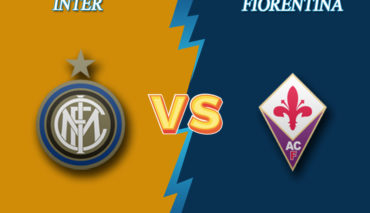 On July 22, at 19:45, Inter Milan will host Fiorentina. Their game will mark the matchday 35 of Italian Serie A. Here are some expert tips by Bettonus.

Serie A once more experiences rotation of teams that occupy 2nd and 3rd positions in the table.  Inter Milan surpassed Atalanta by 1 point and cut Juventus’ lead to 5 points. Il Biscione (the Big Grass Snake) were prevented from further improvement by Roma, which they tied a game with in the last round (2:2). Conte’s troops should really improve their defense line; while the team’s attacking play has no issues. Inter Milan scored 9 goals in the last 3 fixtures. Before a draw with the Roman She-Wolf, Inter Milan had blowouts with S.P.A.L (4:0) and Torino (3:1). The Nerazzurri’s coring stats are higher when it comes to home games. For instance, they scored 15 goals in the last 5 fixtures at their home ground.

The Violas have found lodgment in the middle of the tournament table. Both relegation and the Eurocups are not in the cards for Fiorentina. However, Giuseppe Iachini’s players are well motivated and show rather decent football, which is evidenced by recent fixtures. Fiorentina won the two last games with the aggregate score of 5:1 – the first one was the 1:3 away win over Lecce, and then they defeated Torino (2:0) at home in the last round. As for a team from the bottom half of the table, the Florentine club has had an incredible streak of away games – 1 loss only in the last 5 fixtures. Furthermore, the Violas won their second away match in a row.

Both teams scored in 8 out of the last 9 head-to-head battles in Serie A. Both teams to score – Yes in the upcoming event is estimated at 1.72.