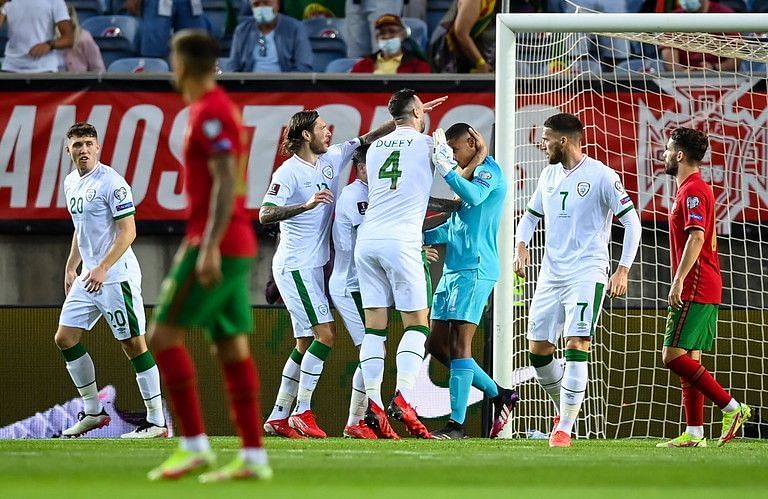 On 4 September 2021 in the 5th round of the qualifying cycle of the 2022 World Cup, the national team of Ireland at home will play with the national team of Azerbaijan. The struggle will start at 19:00 Moscow time. The prediction for the match Ireland – Azerbaijan will help to identify the favorite of the upcoming match.

The face-to-face match between Ireland and Azerbaijan will be the debut – the teams have never played with each other. To make the prediction for the match Ireland – Azerbaijan more informative, let’s consider the key aspects of the upcoming match:

In the upcoming match, two outsider teams of the current qualifying cycle will play. The Irish national team, despite the goals scored in each match, have not yet been able to score the first points, the national team of Azerbaijan conceded five goals in three matches, which is one goal less than Ireland. A face-to-face match between the teams is a good chance for teams to earn first points. The national teams of Ireland and Azerbaijan will play defensive football, try to beat the opponent with a minimum score, and not concede a goal. The match will probably end in a goalless draw.

The likely outcome of the match is a goalless draw.