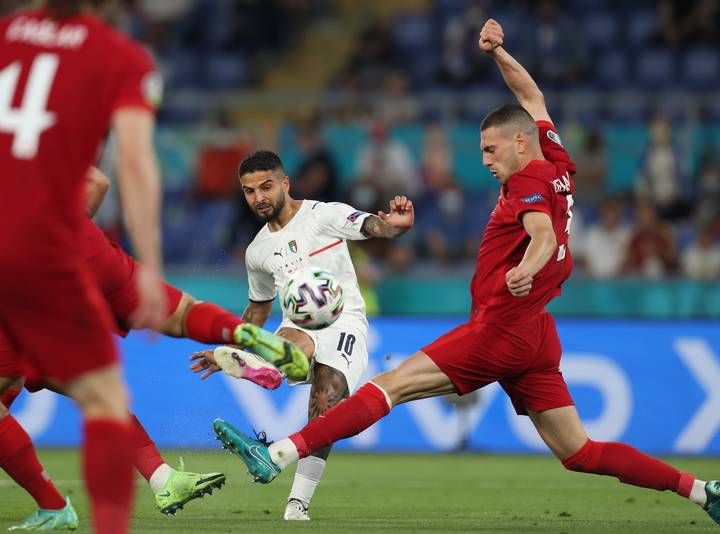 In Week 9 of the 2022 World Cup qualifying round, Italy and Switzerland will meet on Friday, November 12, 2021. The two teams are in Group C and are the main contenders for direct entry into the world championships. The game will take place at the Stadio Olimpico in Rome and will begin at 22:45 MSK.

Since both teams are equally likely to go directly to the 2022 World Cup, we anticipate a keen rivalry on the field on Friday night. In such a situation, our prediction for Italy vs Switzerland match could be useful to bettors.

Roberto Mancini’s team spent the whole qualifying cycle on a positive note. After six rounds played, the Squadra Azzurra has 14 points and takes first place in the Group C standings. Only a victory against Switzerland will allow the Italian team to go directly to the World Cup in Qatar. The European champions have not played ambiguously in recent friendlies. In the Nations League, the Squadra Azzurra first lost 1-2 to the Spaniards but then won 2-1 against Belgium.

The Swiss are showing a good play in the current selection process. The results of the team’s play are also indicative. Before the upcoming match in Rome, the Swiss team has 14 points and the same good chances of success in the group round.  Murat Yakin’s charges won their last friendly, beating Lithuania 4-0 in the last round.

The national teams of Italy and Switzerland have met 59 times in friendly and official matches. In 29 games, the Italian team won, while the Swiss were stronger in 7 matches. A draw was recorded in 23 matches.

Betting on a net result is impractical. Each team is capable of both winning and losing. The Italian team has more chances of winning on Friday, but the Swiss can also make a surprise. Our prediction for Italy vs Switzerland match leans towards the version that both teams will score goals in this game.