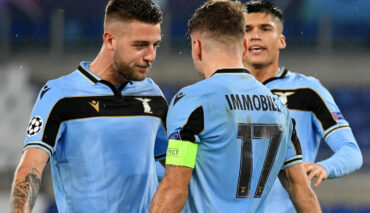 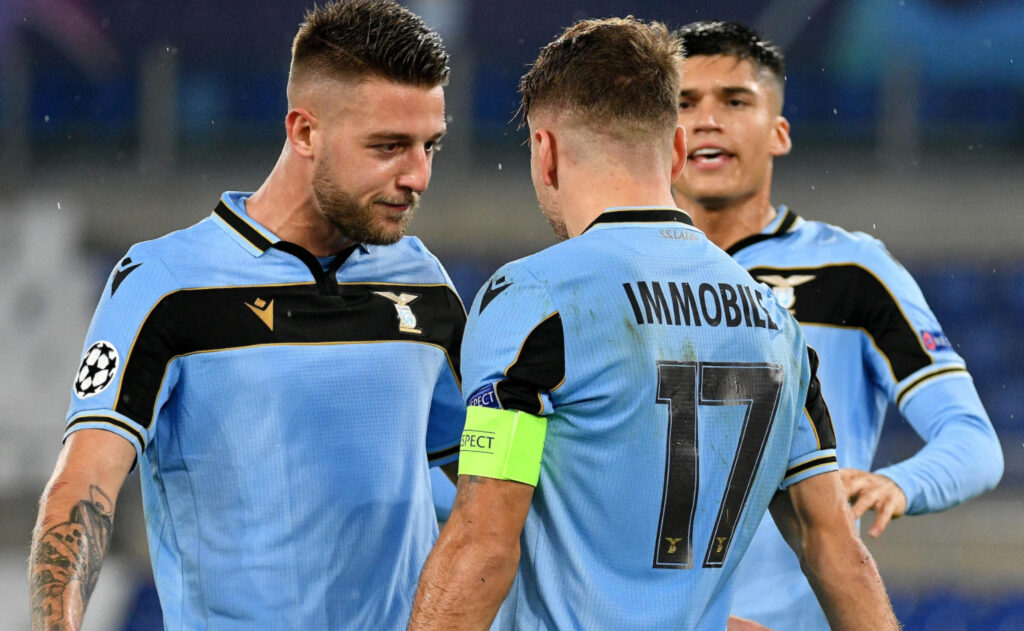 The match between Lazio and Bayern Munich will be played on 23/02/21. It will be the first match of the Champions League ⅛-final playoff series and will be played in Rome. The game will start at 22:00 UTC.

On Tuesday, the teams participating in the ⅛-finals round of the Champions League will continue to sort things out. In Rome, at the Stadio Olimpico, the local club, Lazio, and the Munich-based Bayern will meet in a face-to-face confrontation.

This will be the first game in a two-legged confrontation. So, the teams’ chances of overall success can be considered about the same. Nevertheless, the pair of teams is quite interesting, especially considering the fact that Italian and German clubs always play with each other stubbornly and fiercely. It will be all the more interesting to make a prediction for the upcoming match and to try to predict the development of events on the field.

The Italian team is in good physical and playing shape in the playoffs of the main club tournament in Europe. Judging by the results shown by Latsiale in recent matches, the difficult period is over. Today, the Roman club occupies the fourth line in the standings of the Italian Serie A championship with 43 points. The team is unlikely to qualify for the Scudetto. But Lazio is quite capable of fighting for European places.

In the Champions League playoffs, the Romans are no accident. The team played well in the group rounds, finishing second in Group F.

In the last test matches, Simone Inzaghi’s wards have achieved mixed results. After an offensive defeat by 1-3, against Inter Milan, in the principal match of the 22nd round of Serie A, the Romans modestly beat Sampdoria with a score of 1-0  in the next round.

In group A, the German champions took first place, having lost only 2 points in the entire cycle of group matches. This was facilitated by the excellent physical and playing condition of the team, which has been confidently moving towards its goals over time.

In the German championship, things are not going well with Bayern. The loss of five points in the last two matches was impressive. After a 3-3 draw against an outsider, Arminia, Hans-Dieter Flick’s team lost 1-2 away to Eintracht Frankfurt. Nevertheless, the team remains the sole leader of the Bundesliga championship with 49 points.

Until today, “Lazio” and “Bavaria” have never met each other on the football field within the framework of international tournaments. Hence, the more interesting will be the prediction of the outcome of the first meeting in the history of these two teams. The Champions League playoffs are the most convenient format to start this story and statistics.

In the current circumstances, when the Roman “Lazio” team are not yet capable of a powerful and attacking game, it will be frivolous to give an unconditional victory to Simone Inzaghi’s charges. Bayern, despite a slight decline in the game, always plays powerfully in international matches. Hans-Dieter Flick’s charges are quite capable of playing away successfully. A win or a draw for a goal is quite likely for the team.

In this situation, the bet that both teams will score will likely work.  Moreover, bookmakers have good odds for this outcome. Both teams know how to score; so, there is a high probability that the bet will be a win.