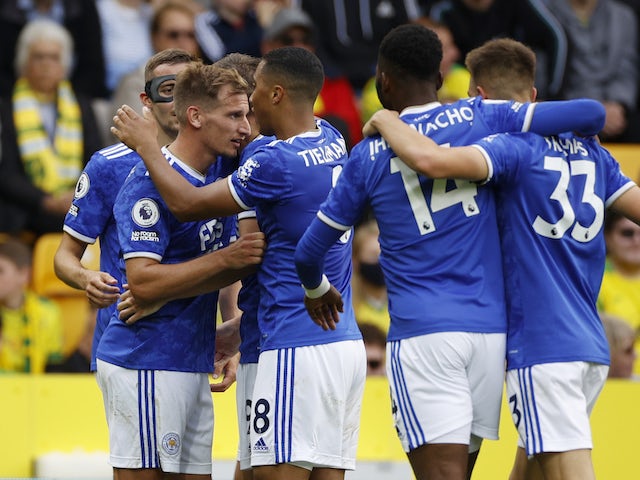 There will be an interesting match in Leicester on Saturday, 11 September. Here, at the King Power Stadium, as part of the program of the 4th round of the English Premier League Championship, the teams from Leicester and Manchester will meet in a face-to-face confrontation. This match will start at 17:00 Moscow time.

There is no need to remind you about how much interest the upcoming game is arousing. This makes our prediction for the Leicester City vs Manchester City match, which is offered for your attention, even more interesting.

Brendan Rogers’ team cannot yet boast of a stable game and decent results. If after their 1-0 victory over Wolverhampton in the first round the game of the Foxes did not cause any special complaints, then their 1-4 defeat in the second round match against West Ham definitely brought down an avalanche of criticism on Leicester City. Next, with great difficulty, Brendan Rogers’ charges won 2-1 against Norwich City in the third round. With 6 points after 3 rounds, the foxes are still on the 9th line in the standings.

The Citizens from Manchester are in an unusual tournament position. The English champions began the new season with a failure when they unexpectedly lost 0-1 to Tottenham. However, in the last two rounds played, Pep Guardiola’s charges have shown their real strength: two matches and two wins. They defeated Norwich by 5-0 in the second round and went further to defeat Arsenal by the same score (5-0) in the third round.

In history, there are 124 face-to-face meetings of both clubs. The almost double advantage in the number of victories remains on the side of the team from Manchester. The Citizens have 60 victories, while Leicester has won 33 matches. Draws were recorded in 31 matches.

It is difficult to determine the favorite in matches like this. Nevertheless, in this case, we would like to predict the outcome of the upcoming Leicester vs Manchester City match. Brendan Rogers’ charges will be playing at home and will try to earn points. Pep Guardiola’s team seems to be gaining momentum and also seems to be able to achieve a positive result on Saturday. We propose to bet on productive football, which is what awaits us in the upcoming match.