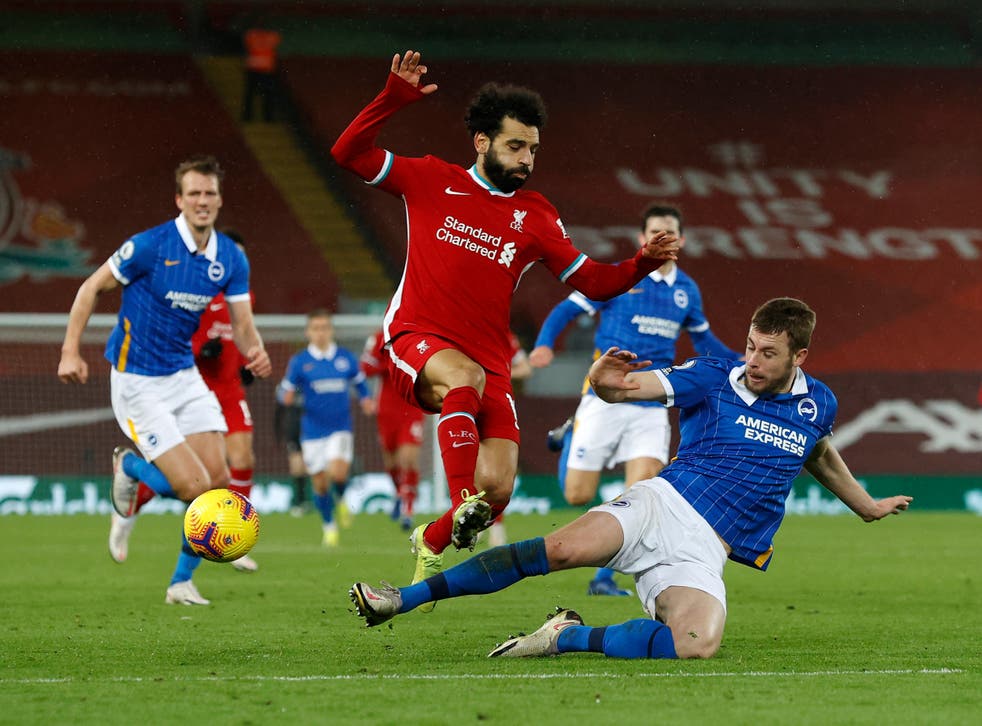 On Saturday, October 30, the 10th round of the English Premier League Championship will start. One of the matches will be held at the Anfield Stadium in Liverpool, where Liverpool will play against Brighton. The match will start at 17:00 Moscow time.

To understand the interest in the upcoming match in Liverpool, we can just look at the standings. The Merseysiders are trying to catch up with Chelsea, lagging behind on only 1 point. At the same time, Manchester City is going after the Reds. So Jürgen Klopp’s charges have no choice but to play only to win. Accordingly, our prediction for the Liverpool vs Brighton match becomes relevant.

The Merseysides are finally back to their normal playing conditions. This became clear after Liverpool’s brilliant 5-0 victory over Manchester United in the previous round. The Reds outmatched the Mancunians. Jürgen Klopp’s charges were neither confused by the fact that they were the visiting team nor the menacing names of the home team’s players.

So, ahead of the match with Brighton, Klopp’s team has 21 points and is just a footstep away from the leader of the championship.

The Seagulls are going to Liverpool with caution. The victory of the Merseysiders over Manchester United leads them to think: will Brighton be able not to get a scolding? Graham Potter’s team is not that bad, despite the 1-4 defeat in the game with Manchester City in the previous round.

Before the upcoming game with Liverpool, Brighton has 17 points and 5th place in the standings.

The upcoming game will be the 34th official match for Liverpool and Brighton. In 19 meetings, the victory was on the side of Liverpool; while Brighton won only 5 matches. Draws were recorded in 10 matches.

Obviously, Liverpool will be able to win. The real question is how many goals will Jürgen Klopp’s team score? We offer you our prediction for the Liverpool vs Brighton match.