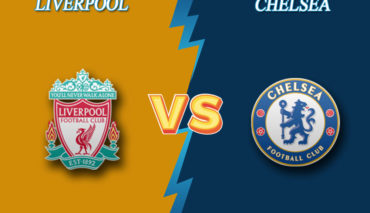 On July 22, at 19:15 GMT, Liverpool will host Chelsea. Their match will mark the matchday 37 of English Premier League. Here are some free tips by Bettonus.

Having become the EPL champion ahead of schedule, Klopp’s troops have eased up. Liverpool did not win in the last 2 fixtures (a draw and a loss). After a mediocre game with Burnley at Anfield (1:1), the Reds lost 2:1 to Arsenal in London. Jürgen Klopp has been giving the leaders more rest and engaging young players.  Liverpool will have the upcoming fixtures at their home ground, where they have one of the most efficient defense lines in the League (13 conceded goals in 18 games). As to the last 10 home matches, the Merseysiders conceded 4 goals only.

On average, Chelsea score more than two goals per game, which is rather impressive for EPL. The Blues sit 3rd place with 63 points. As to away games, Lampard’s troops scored 36 goals in 18 fixtures, but then their defense line has been fraught with horrible performance. According to the away stats, Chelsea conceded as many goals as Norwich City, the bottom team, did (33 goals). Having played 18 away fixtures, the London club managed to keep a clean sheet only once. The Pensioners did keep a clean sheet in the last round as well, but it was a home match with Norwich City (1:0).

Less than 3 goals were scored in 5 out of the last 6 head-to-head EPL battles. Total Under 2.5 in the next fixture is estimated at 2.38.

Liverpool did not score in the 1st half in 6 out of the last 7 head-to-head home battles in EPL. You can consider 1st half: Liverpool ITU 0.5 for 2.10.