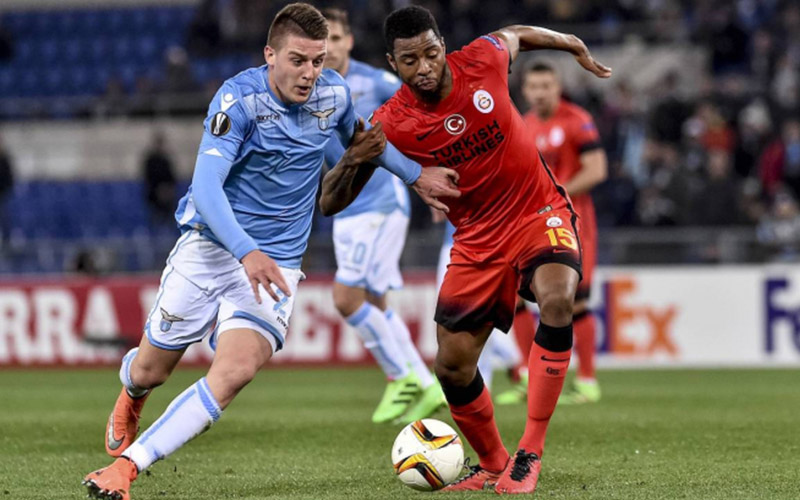 On Thursday, 25 November, alongside the match in Istanbul, two other representatives of Group E, Lokomotiv Moscow and Lazio Rome will meet in the 5th round of the Europa League group stage at the RZD Arena in Moscow. The game will start at 20:45 Moscow time.

Only a win in this game will allow each team to continue their fight to make the playoffs. Therefore, the outcome will be crucial for both teams, and the battle on the pitch will be fierce. Here is our prediction for the Lokomotiv Moscow vs Lazio match.

The Railwaymen are the worst of the four teams in Group E and the least likely to qualify for the next round. Markus Gizdol’s charges have only two draws and two points. With those numbers, Loko needs to win its remaining games to make the playoffs. However, this won’t be easy, given the way the team is playing today. Last weekend, on Matchday 15 of the Russian Premier League, the Lokomotiv team lost at home to Akhmat Grozny 1-2.

The Romans are second in Group E with 5 points ahead of the game in Moscow. This is clearly not a great achievement, so Maurizio Sarri’s side must win their remaining matches to qualify for the next round. There is also a problem with the team’s fitness. After their 0-2 defeat to Juventus last season, the Lazziliers slipped to 6th place in the Serie A standings.

The Lokomotiv Moscow and Lazio Rome teams have met three times at the official level. Twice have they played to a draw, while one match ended in a win for the Roman club.

With all due respect to the Railwaymen, they have little chance of success in the upcoming game. Perhaps it will be a draw, or perhaps the visitors will manage to win with a minimal advantage. Our prediction for the Lokomotiv Moscow vs Lazio match is that both teams will score.