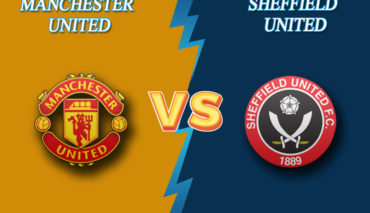 The match between Manchester United and Sheffield will be held on June 24. It will mark the 31th matchday of English Premier League. Here is a prediction from Bettonus.

The Red Devils led by Solskjær have finally achieved a level of performance that is consistent to a greater or lesser extent. Following the defeat by Burnley back in January, the team performed a 6-games winning streak. The club’s climate has improved; and the midfield line has been reinforced with acquisition of Bruno Fernandes.  The Portuguese player blended into the team in no time and scores on regular basis. He did score in the last game with Tottenham snatching the 1:1 draw for his team in the final minutes. MU sit the 5th place in the EPL table with 46 points.

Sheffield at home and Sheffield away are absolutely different teams. The Blades do good job when it comes to their home ground. Away games are totally different story. The previous round was no exception: Chris Wilder’s troops visited Newcastle and faced 3:0 thumping by the Magpies, which, by the way, sit much lower place in the table. The Blades have 3 away wins only in 15 games. Sheffield are also notable for the poor performance of their forwards. They scored just 2 goals in the last 6 away games

Speaking of last 5 home EPL games of Manchester United and last 13 away games of Sheffield United in the tournament, the teams did not score more than 1 goal in the 1st half. Total Under 1.5 in the 1st half of the upcoming event is estimated at 1.41.

The bet for the Mancunians to finish this season as one of the top-five EPL teams is offered at 1.73.

Bookmakers do not expect Sheffield United to make it to the Champions League and estimate such event at 15.00.