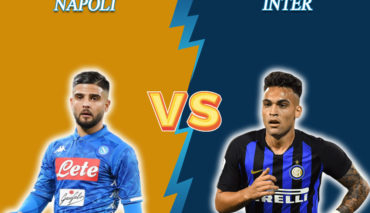 The Bettonus team has prepared a prediction for the match between Napoli and Inter, which will be held on June 13 as a part of the ½ final of the Coppa Italia.

The current Serie A draw has been partially failed by Napoli, so the Neapolitan club will try to realize its potential in the Cup of the country, where their deals are much better. In the first semi-final meeting of the Cup, Napoli defeated away Inter with a 1:0 score. By the way, Inter is in the top three of the best Serie A teams. In general, that is a good chance to get to the final at the expense of a goal away.

Antonio Conte’s team is very strong this season. They have top-ranked forwards and midfielders. However, the team hasn’t learned yet to play consistently on multiple fronts at the same time. The away game in Naples is going to be a difficult match for “Nerazzurri”, who failed to score at least one goal in the first meeting. This significantly reduces the chances of getting to the final. Inter should score at least 1 away goal.

The bookmakers’ odds for the upcoming event are as follows; Napoli — 2.85, a draw — 3.65, and Inter — 2.62. Napoli didn’t score more than one time in 6 out of the last 7 face-to-face meetings in the Italian championship and Cup. We recommend considering a total over 2.5 for 2.06. The odds for Napoli’s win in the Coppa Italia are 3.50. You can consider Inter’s victory in the current Cup for 7.00.