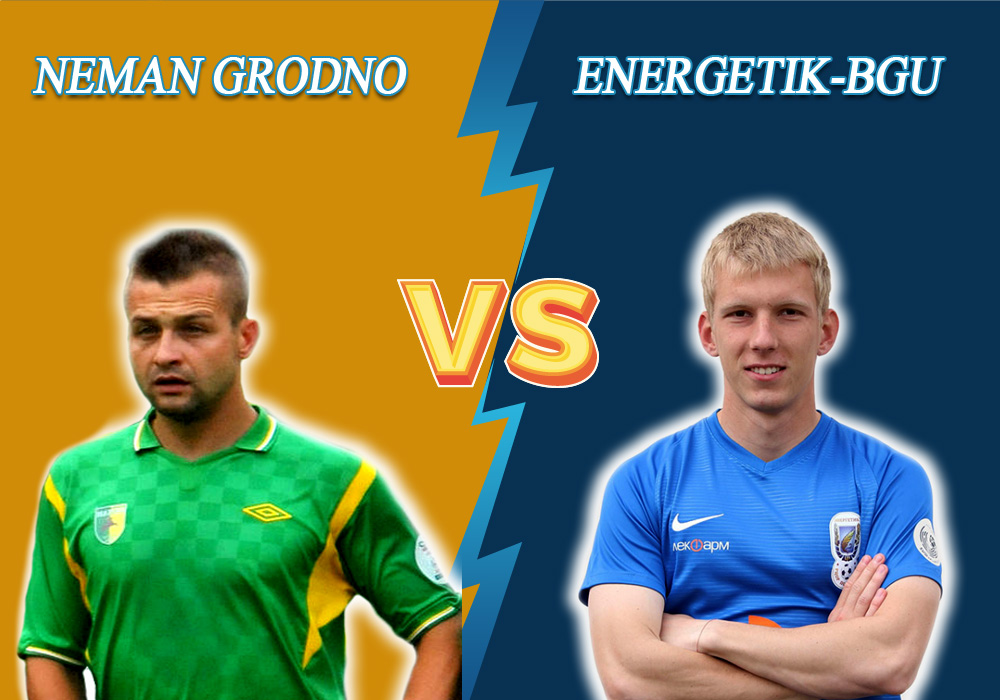 Here is our prediction for the meeting between Neman Grodno and Energetik-BGU Minsk. That will be a match of the Belarusian Premier League sixth round.

The Grodno team has five points and ranks fourteenth in the standings. In the last round, they lost to Dinamo Minsk with a 2-0 score during the away game. Before that, the team was also defeated by Isloch in the first round. Then they got victory against Vitebsk and played a draw with Shakhtyor and Belshina. To note, these draws can be evaluated as sensations. Firstly, the team won points in the meeting with a championship’s leader. Then they lost points to an absolute outsider of the League.

After the third round, the team ranked first, having on their account three victories against BATE, Minsk, and Rukh. However, the next two losses to Torpedo-BelAZ and Gorodeya moved them to seventh place. In the match against Gorodeya, the team completely outplayed its opponents, but they conceded a goal at the end of the first half and failed to score further.

The host team is considered a leading team of the upcoming event. The odds for their victory are 2.49, for the guest team’s win — 3.34, and for a draw — 3.16. The so-called students don’t show stable results. In the matches with teams which prefer attacking football, they use all their potential to the full extent. However, when the opponents are successful in their defensive strategy and manage to play in the center of the field actively, blocking the zones for quick attacks, the host team has issues then. If the guests will score a quick goal, they have a chance to win. Otherwise, the hosts may slow up the course of the game and try to kick goals during the attacks. The both teams won’t score — this bet was successful for both teams in four out of the five latest matches. In the previous season, the meetings between these two teams resulted in 1-1 and 4-2 scores. The student team is underestimated, even though non-stable performance gives all the reasons for that. In this perspective, we recommend paying attention to additional bookmakers’ lines. During the last 8 away games, Energetik conceded 7 goals, while the Grodno team kicked 6 ones during home matches. Our prediction for the upcoming event is as follows: a pure win of the host team and goal attempts for 2.02 or non-losing for 1.7. In the last 20 matches, the guest team won 18 times as for the fouls, and a handicap of -4 was successful 14 times. There was even one bet refund. Bookmakers estimate this handicap as 1.89.