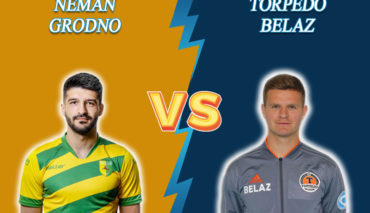 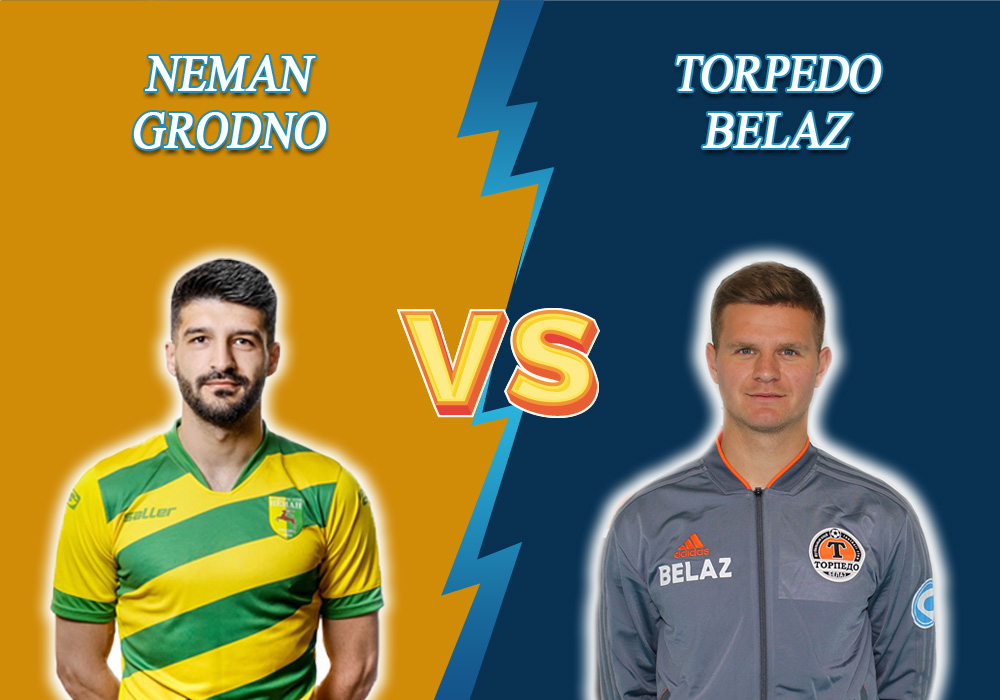 On May 21, Grodno will host a meeting of Neman – Energetik-BGU as a part of the tenth round of the Belarusian Premier League. Bettonus presents sports predictions.

The Grodno team will be more fresh and vigorous in a match against an opponent as their match with “Minsk” this weekend was postponed. Perhaps, there has been an alteration in the Kovalevich’s team game, and after having a rest “Neman” will play better, because with each round the “deers” missed more and more. Only in the last 2 matches, the Grodno team have conceded as many as 7 goals. First, they went down “BATE” 1:3 away, then they surrendered at home against “Rukh” 2:4, although the “deers’” attack is actively working for goals. Gegham Kadymyan is one of the best shooters of the Сhampionship – he has 6 goals in the last match under his belt. He scored in a double which did not help his team to achieve a positive result. The Grodno team holds only the 14th line and 8 points so far.

Torpedo players are one of the best in this draw, and they are doing their best to seize leadership in the Championship. The team of Yuriy Puntus has good reasons for this, considering the results. So far, the “car factory’s” team is the only one in Premier League that has lost the least — only once in 9 rounds. However, in the last 5 matches there were only two victories, the remaining three times were played in zero draws. But the victory in the final round over “Gorodeya” 3:1 allows considering “Torpedo” as one of the contenders for the Championship. Only 1 point separates the Zhodino team from the 1 position. In addition, the Brazilian Lipe Veloso from the “car factory’s” team has put his best foot forward, scoring two goals in the last match.

At least one team has not scored in the last 5 individual meetings in the Premier League – the bet “Both will score – no” for 1.81.

“Torpedo-BelAZ” remains undefeated in 11 of the last 12 matches in all competitions against “Neman” – a bet “Torpedo’s Victory or Draw” for 1.39.