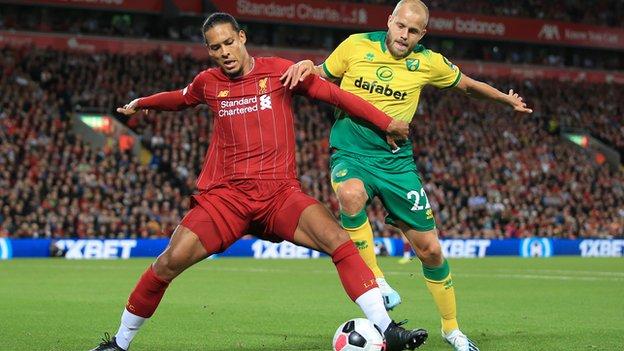 In the upcoming match, a newcomer to the elite division will play with one of the top teams in England. Accordingly, it will be interesting to predict the Norwich City vs Liverpool match. How will the teams play their opening match in the new season?

In the 2020/21 season, Daniel Fark’s team won the Championship with a solid lead. At the end of the tournament, the team took first place, having won a direct ticket to the elite division of English football. We do not know whether the Premier League newcomer will be able to perform as well in the next season. As it stands, at the beginning of the Championship, the team will have a serious test – a game against Jurgen Klopp’s team.

Jurgen Klopp’s team definitely cannot boast of their game in the last season. Injuries to the leading defensive players did not allow the Merseysides to show a stable defensive play. There was no stability in the game and the attacking line. As a result, Liverpool was only able to finish third in the Championship, and in the Champions League, the team was eliminated at the quarter-final stage, losing on aggregate to Real Madrid.

Until now, the teams of Norwich City and Liverpool have played 66 times in the Premier League Championship and national cups. Judging by the number of victories, Liverpool has a huge advantage over Norwich City. The team has 37 victories, while Norwich has only 14 wins to its credit. Draws were recorded in 15 matches.

With all due respect to the owners of the field, it will be very difficult to survive in the game against such a serious opponent as Liverpool. The victory of Jurgen Klopp’s wards is only a matter of time. Therefore, our prediction for the Norwich City vs Liverpool match is inclined to the version that Liverpool will win.