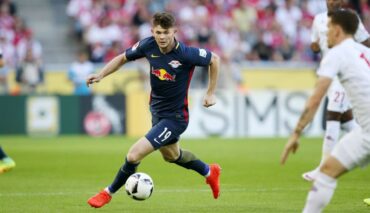 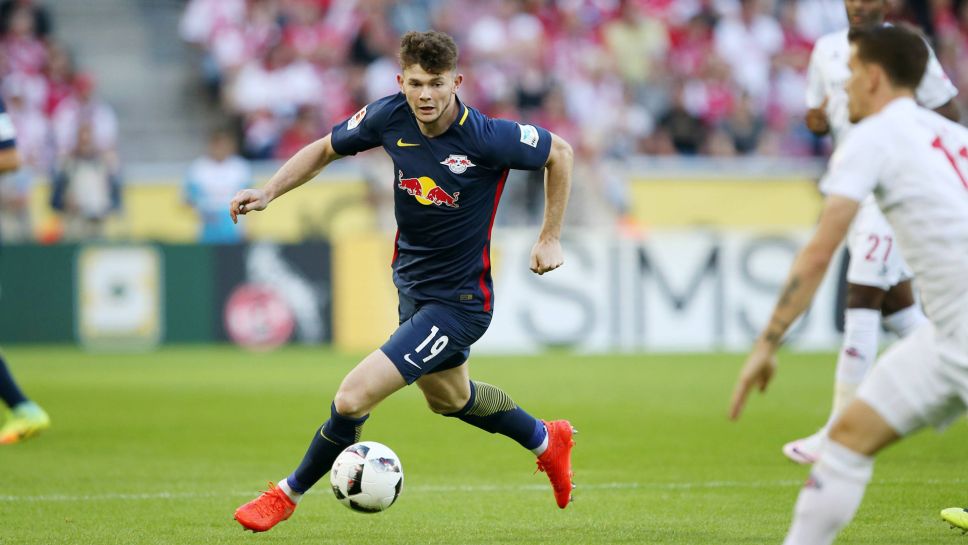 The matches of the 21st round of the German championship in the elite division will start on Friday, 12th February 2021. The day’s schedule will kick off with a meeting in Leipzig, where the local team “RB Leipzig” will welcome guests from Augsburg at the Red Bull Arena. The opponents are currently at opposite ends of the standings. The host is Bayern Munich (leading in the championship), while the guests are closer to the relegation zone. Both teams need more points like oxygen for life. So, the upcoming game will definitely not be a passing match.

Judging by the current situation of the tournament, it will be rather difficult to predict the result of this match. Nevertheless, we offer our view of the possible development of events that evening on the football field of the Red Bull Arena.

Julian Nagelsmann’s charges have continued to fight for prizes in the championship. Once again, the “bulls” failed to catch up and overtake Bayern Munich. The champion is too strong to just give way on the podium. Nagelsmann’s team is forced to fight again for a place in the Champions League, fighting off oncoming opponents.

The team’s position in the standings before the start of the next 21st round looks quite stable. RB Leipzig has 41 points and occupy the second place in the standings with a gap of 7 points from the leading team. In the meantime, the main task of the “bulls” is to stay in second place, not letting their opponents go ahead.

In the last test matches, the team played well and earned their much-needed points. After a defeat by 2-3 (away) in the 18th round, which was in the match against Mainz, Julian Nagelsmann’s charges won all subsequent games. In a principled confrontation with Bayern, they recorded a 1-0 win, and a 3-0 away win against Schalke. These successes can be added to the successful games in the German Cup. In the match against Bochum, the bulls also won on a clean sheet by  a score of 4-0.

The team from southern Germany has long been in the middle of the German championship. Heiko Herrlich’s charges do not jump above their heads, but they can always spoil the nerves of any of the favorites.

In the 2020/21 season, Augsburg slightly slowed down after a good start and once again went into the middle of the standings. Moreover, in the second round, things are not going well for Herrlig and the company. The team has only 22 points and occupy the 13th line in the standings. Such a disappointing result became possible following the results of the last five rounds played. Of the five official matches, Augsburg has left the field as a winner only once: their 2-1 victory in the match against the capital team “Union Berlin”. In all other meetings, the team was defeated.

In the game of the previous round, “Augsburg” lost at home 0-2 to “Wolfsburg”.

Within the official tournaments and competitions, the teams – RB Leipzig and Augsburg – met on the football field not so many times. Historically, both teams have had 13 head-to-head meetings. There are 9 games in the Bundesliga Championship. The teams played four matches in the German Cup.

By the number of head-to-head victories, RB Leipzig have 7 wins against 3 of Augsburg. So, at the moment, RB Leipzig are in the advantaged position. Both teams have drawn thrice.

The last game of the two teams took place in December last year. In the match for the German Cup with a score of 3-0, RB Leipzig won.

In the first round match in Augsburg, Julian Nagelsmann’s charges were also stronger. They won by 2-0.

Knowing that Leipzig will play only to win, we can assume that success will be behind Nagelsmann’s charges. Nevertheless, it can be assumed that Augsburg is not going to surrender without a fight. In such situations, you can take a chance and bet on a total score under 3. The odds for this outcome are not bad, and the number of goals scored can fit into this betting range.