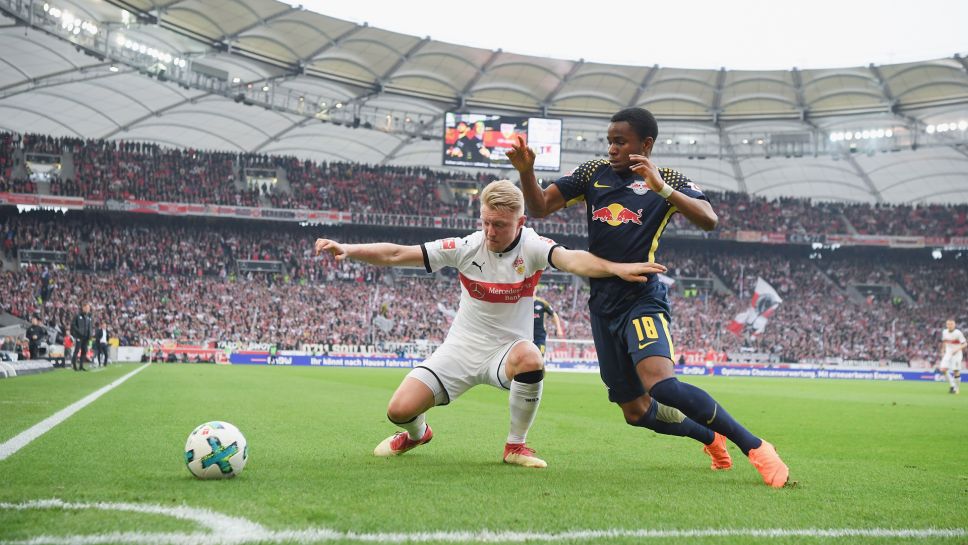 The second round of the 2021/22 season of the Bundesliga Championship will commence on Friday, 20 August. The tour program opens with a game in Leipzig where the local club, RB Leipzig, will host the Stuttgart team at the Red Bull Arena. The match will start at 19:30 Moscow time.

The level of interest in the upcoming match is not accidental. The Bulls stumbled in the previous game, whereas Stuttgart started the season on a good note, earning a home-match victory. So, our prediction for the RB Leipzig vs Stuttgart match will be based on these factors. It is interesting to know how our prediction for Friday’s game will turn out to be.

Quite unexpectedly for everyone and the team, Jessie Marsh’s wards lost in the first round. Mainz became the offenders of the “bulls” as the team managed to beat RB Leipzig (the “Vice Champion” of Germany) with a narrow margin. The 1-0 score in no way reflects the real picture on the field but the result is obvious. Leipzig is still unable to enter the usual rhythm of the Championship. We would like to believe that in the next game, the bulls will play more successfully to earn points.

The guests will be going to the game in Leipzig in good spirits. The beginning of the new season turned out to be successful. The 5-1 crushing victory over the newcomer of the Bundesliga, the Greuther Furth team, does not have much value for Pellegrino Matarazzo’s charges. With three points gained and a good difference between goals scored and missed, Stuttgart is on the first line in the Championship table.

The Leipzig and Stuttgart teams have not met each other that often on the football field in respect of official competitions. A total of 6 matches have been played, of which five games were won by “Bulls”. One game ended in a draw, while Stuttgart had no victories in the head-to-head confrontations.

No matter how the game may turn out on Friday, the result of the match is unpredictable. In order not to puzzle over who will be the winner in the upcoming game, in this prediction for the RB Leipzig vs Stuttgart match, we offer to focus on goals scored by both teams.