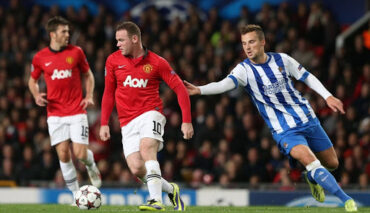 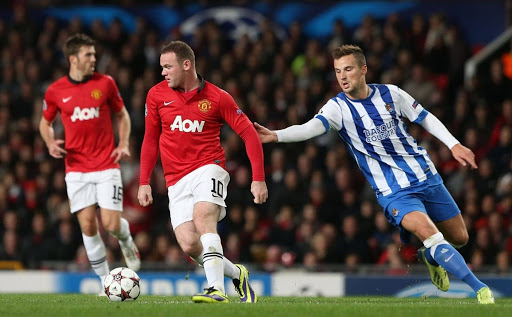 Real Sociedad will play against Manchester United on 18/02/21 in the first leg of the Europa League round of 32 playoffs. The match will start at 17:55 UTC.

The long-awaited Europa League playoff round begins on Thursday, 18th February 2021. After heated battles in the Champions League tournament, the matches won’t be too easy. The draw has identified interesting pairs of teams; there will be exciting matches soon. One of the central matches of this game day is the game in Turin, where the Spanish Real Sociedad will host the English Manchester United at the Allianz Arena.

Both teams are considered cup teams. So, it will be difficult to predict the outcome of the confrontation. Nevertheless, taking into account the current playing form and the current results of the opposing teams, we will try to make a prediction for the upcoming game.

The Spanish club continues to compete in the La Liga championship for a place in the European Cup zone in the current season. The team of Imanola Alguasil does not claim higher places. After 23 games played, the team has 38 points and are in the fifth line in the standings. Such a good result for a team of this level is attributable to well-thought-out game strategies. The team plays well at home and tries to take as many points as possible in away matches.

In the last three rounds of the Spanish championship, Real Sociedad got 7 points from two wins and one draw. Imanol Alguasil’s charges won their last test match, beating the Getafe team 1-0 away.

The team also has a good difference between goals scored and conceded. As for their participation in the Europa League, the team passed the group round sieve with great difficulty, finishing in second place in their group. The tense confrontation for the second place with the Dutch club, AZ Alkmaar, ended well for the team.

Ole Gunnar Solskjaer’s wards are once again forced to continue their participation in European competitions, playing in the Europa League playoffs. The team failed to pass the group round of the Champions League, losing both tickets to the playoffs of the prestigious PSG and RB Leipzig tournament. The team’s performance in the Champions League group round cannot be called unsatisfactory, but for a tournament of this level today, the Mancunians did not show great results.

If we consider the quality of Manchester United’s play in the English Premier League championship, there are also some nuances here. Towards the end of the first round, Solskjaer’s wards topped the standings. Nevertheless, a number of punctures in the test matches threw the team back to the second position. Today, the question of Manchester United’s participation in the fight for the Premier League championship is no longer on the agenda. Ole Gunnar Solskjaer’s team has 46 points and occupies the second place in the standings. The advantage of fellow countrymen from ManCity is too great, as they are the only leaders in the championship with 53 points.

The last control game which Manchester United played against West Bromwich ended with a score of 1-1.

Real Sociedad and Manchester United have played each other just twice. Both meetings took place in the 2013/14 Champions League group stage. The first game in Spain ended in a 0-0 draw, but in the return game at Old Trafford, Manchester United won by 1-0.

Judging by the way the Spanish team is playing today in the La Liga championship, they have good chances of success. Naturally, Manchester United is also not a gift, but this time the “Mancunians” will have to work hard to achieve an acceptable result for themselves. In such a situation, the “double chance” bet for “Real” seems the most optimal.