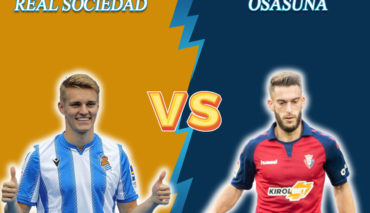 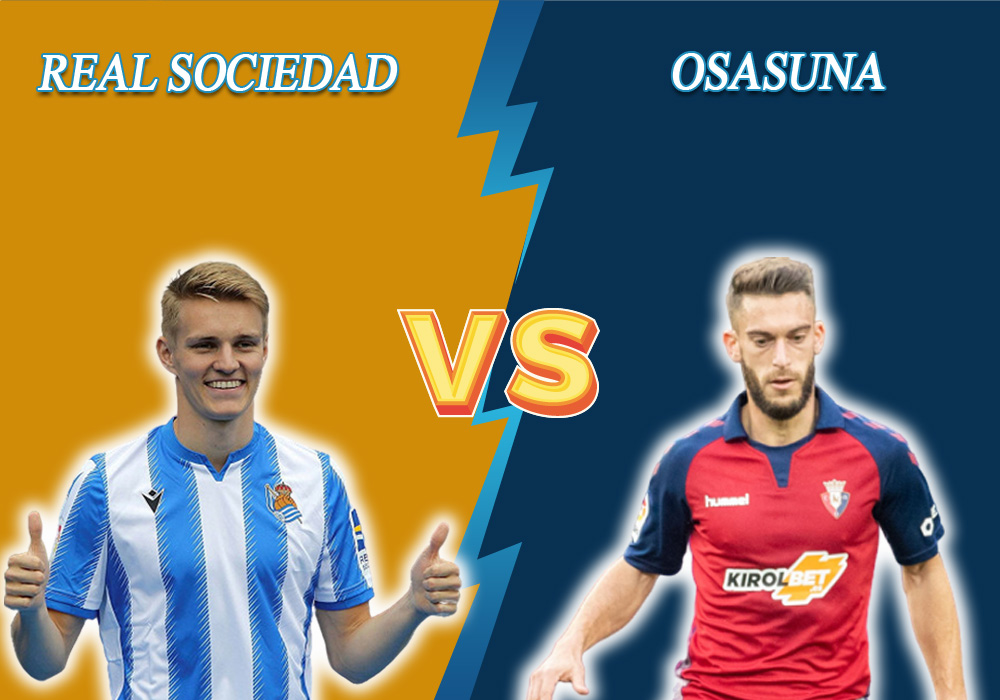 On June 14, at 20:00 GMT, Real Sociedad will host Osasuna in the framework of the Spanish La Liga twenty-eighth matchday. Check out an expert prediction for the event by Bettonus!

Imanol Alguasil’s team shows a powerful football in this current season, having the third best attack in the championship (45 goals). Only Barcelona and Real Madrid kicked more goals. Despite the not very stable game away, Real Sociedad performs like a completely different team at home, where almost any team is beaten. The previous four home meetings of the blue-and-white team were won with a total score of 9:1. At the moment, Sociedad shares fourth-fifth places with Getafe, which qualifies for the Champions League.

Osasuna is on the equator of the tournament table, occupying 11th line. The team from Pamplona has a good potential, but they fail to realize it steadily. In the last six matches, they achieved two wins only. In the final round, the team defeated Espanyol, who is ranked last in the standings, with a 1:0 score. Before that, they played with Sevilla away but lost to the opponent with a 2:3 score. The upcoming away game in San Sebastian is likely to be a tough competition. In the first round, Osasuna played with Real Sociedad, and their match resulted in a 3:4 score. It is quite possible that we will see such a thriller in the upcoming match.

The bookmakers’ odds for the upcoming match are as follows: Real Sociedad — 1.73, a draw — 4.10, and Osasuna — 5.25. Real Sociedad opened the score in 20 out of the 27 games in the current La Liga draw. That is 74% of cases. You can consider the hosts to score first for 1.60. In 5 out of the previous 6 head-to-head meetings in the championship, Real Sociedad kicked more than one goal. We recommend placing a bet on Real Sociedad ITB 1.5 for 1.80.