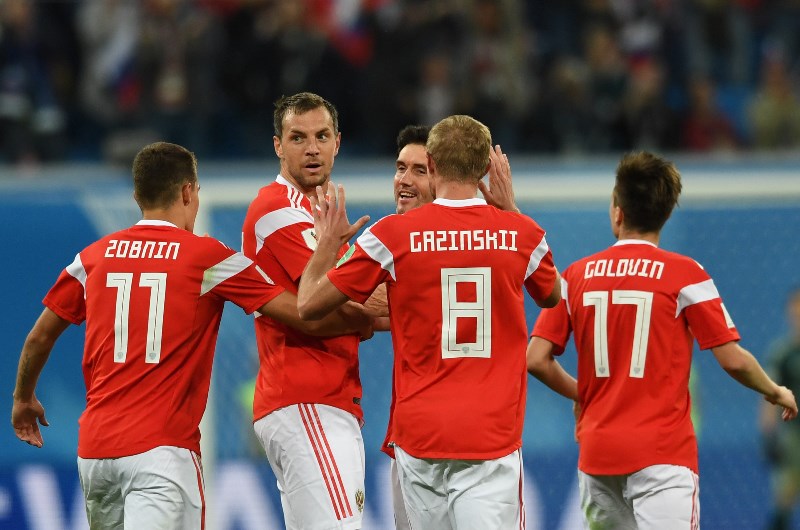 On Thursday, November 11, of the 10 matches scheduled for World Cup 2022 qualification on this game day, we are interested in the match in St. Petersburg. At Gazprom Arena, the Russian national team will take on the national team of Cyprus. The game will kick off at 20:00 MSK.

The interest in the upcoming game in St. Petersburg is arising from the tournament position in Group H. It is likely that the Russians, in the upcoming round, will be able to strengthen their position in the struggle for direct access to the final part of the World Cup 2022 in Qatar. Accordingly, with this kind of scenario in the group, a prediction for the Russia vs Cyprus match becomes relevant.

Valery Karpin’s charges are closer than ever to achieving their main goal of the season. The Russian national team has 8 games played, 19 points gained and first place in the standings. The main rival team of Croatia is two points behind, so before the confrontation with the Croatians, it is very important for the Russian team to win the match against Cyprus. It is difficult to judge today the state of the Russian national team’s game form. The Russians won their last match played, beating the Slovenian team 2-1 on the road.

The Cypriots are going to St. Petersburg to play with the Russians as an outsider. Two rounds before the end of qualification, the team has only 5 points and last place in Group H. On matchday 8, the Cypriot team played a 2-2 draw against Malta last week. There is no reason to say that Cyprus may interfere in the tournament standings today. There is too big a difference in class between the competing teams.

The Russian and Cypriot teams have played six times on a friendly and official level. In five games, the victory was for the Russian team. One match ended in a draw.

The Russians will try to take three points in the upcoming game. The opponent is just the right one and the tournament position obliges Valery Karpin’s charges to play to win. Our prediction for the Russia vs Cyprus match leans toward a total/more than 2.5.