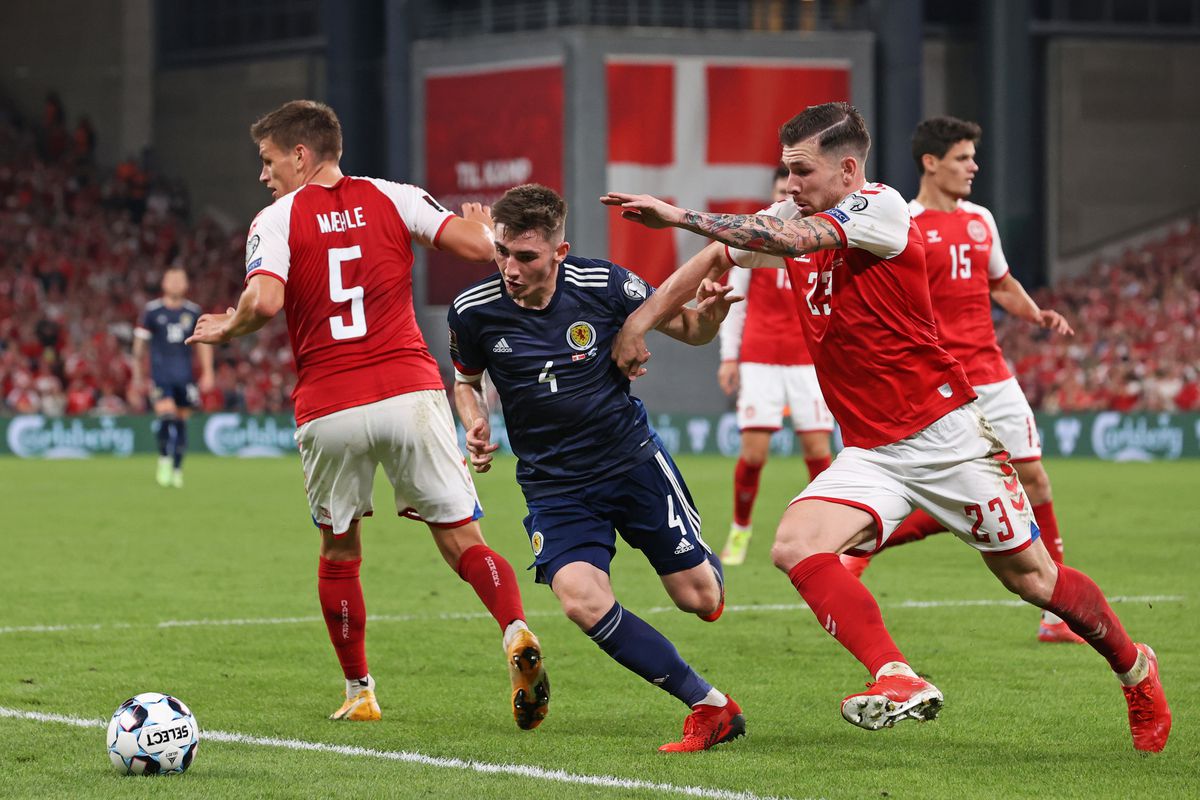 Group F of the 2022 World Cup qualifying battles will conclude on Monday, November 15. The central game in this group will take place in Glasgow at Hampden Park Arena. Here, in the final 10th round, Scotland and Denmark will meet at 22:45 MSK.

The outcome of this match is of little importance. The Danes are out of reach, so no matter how the game in Glasgow will end, the Scots can only count on the second place in the group and the subsequent participation in the knockout rounds. Nevertheless, the prediction for Scotland vs Denmark match does not make it any less interesting. We hope that our guess will be accurate.

The Scots remain in second place in Group F with one round to go. The only threat to the tournament plans of Steve Clark’s charges comes from the Israeli team. Therefore, the way the Scots play against the Danes will determine the fate of the team. In the case of a win or draw the team of Steve Clark will quietly await the results of the draw for the participants of the qualifying matches.

The team of Kasper Hjulman secured a ticket to the upcoming 2022 World Cup long before the end of the qualifying round. Nobody disputes the current leadership and the right of the Danish team for a ticket to the 2022 World Cup. Therefore, for the Danes themselves, it is absolutely unimportant how the remaining two matches will be played. The Danish national team remains unreachable in any case. The only question is the team’s prestige.

The Scotland and Denmark teams played 17 times. In 10 matches the Scots were stronger, while in 7 games the Danish team was successful. There is no draw recorded.

It is likely that the Scots will go into the upcoming game as if it were their last fight. It’s a matter of principle. The Danes, on the other hand, can play greatly. Therefore, our prediction for Scotland vs Denmark match is inclined to bet on productive football.