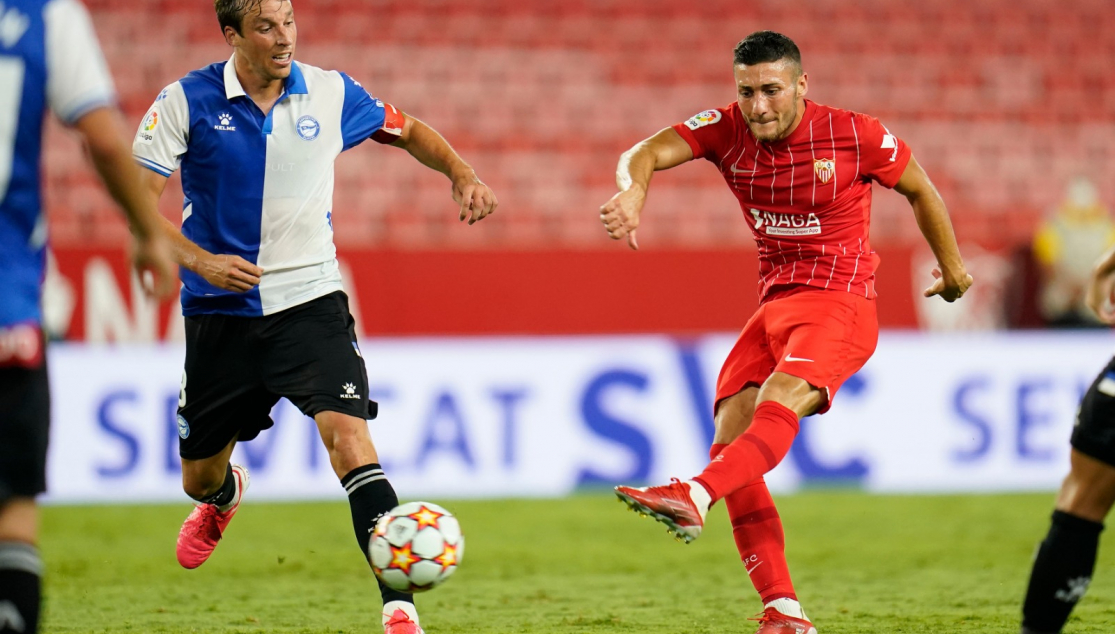 On Saturday, November 20, Sevilla and Alaves will play their next match in the Spanish La Liga Championship. On Matchday 14, these two teams will confront Sevilla at the arena “Ramon Sanchez Pis Juan”. The game will kick off at 18:15 Moscow time.

Sevilla has its sights set on making the top three today. This explains the increased attention to the game of Julen Lopetegui’s charges. Now our prediction for the Sevilla vs Alaves match would interest you.

In advance of the match against Alaves, the hosts are in third place in the standings and have 27 points. The lag from the leading Real Sociedad is only one point. In such circumstances, success in the upcoming game is extremely important for Julen Lopetegui’s charges. As for the game form, after the 1-2 defeat against Lille in the group round of the Champions League, Sevilla rehabilitated. In Week 13, the team defeated Betis 2-0 on the road.

Sevilla and Alaves played against each other 35 times in the Spanish championship and in the Spanish Cup. In 19 matches, Sevilla won. In 8 matches, Alaves had success. The other  8 matches ended in draws.

When making this prediction for the Sevilla vs Alaves match, we took into account the tournament ambitions of Julen Lopetegui’s wards. Judging from the angle of success, Sevilla has all the chances to top the standings. The team is on the move now, so betting on the home team to win looks quite natural and objective.

Probable result – the victory of Sevilla.