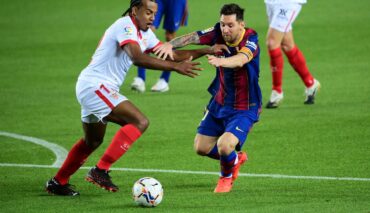 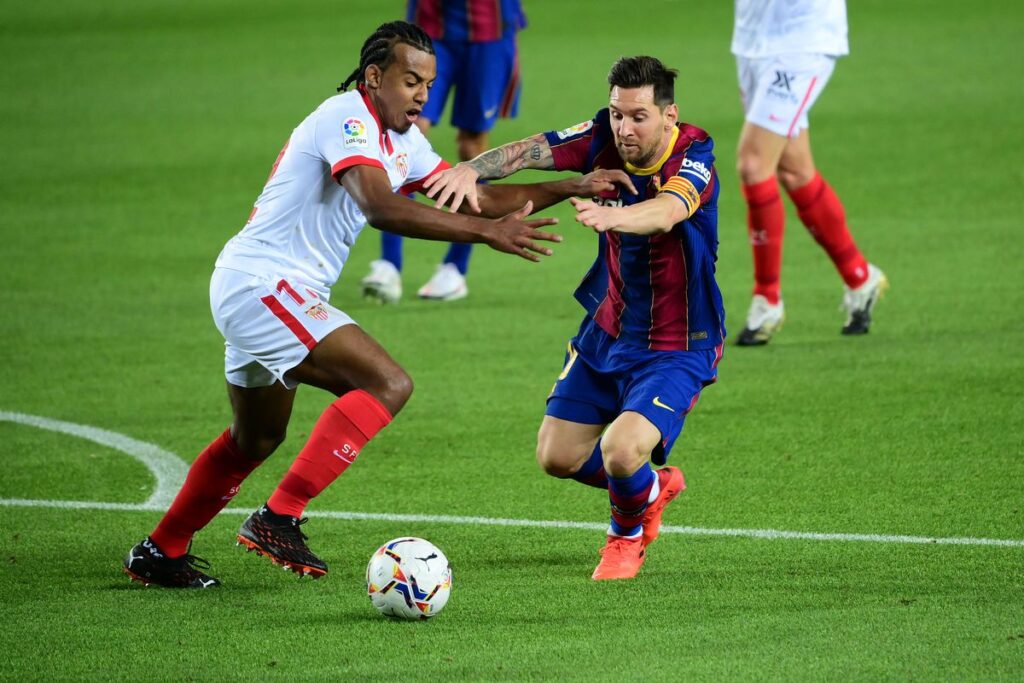 This weekend begins with an exciting show for fans of beautiful football. An interesting football showdown kicks off on Saturday night in the Spanish championship. Within the framework of the 25th round, in Seville, Sevilla and Barcelona will play against each other on the green lawn of the Ramón Sánchez Pizjuán arena. Both teams are now neighbours in the standings and are in the top five teams in the Spanish La Liga. This makes the upcoming game even more interesting.

We bring to your attention the prediction for the outcome of this, of course, exciting confrontation.

Julen Lopetegui’s wards significantly improved their standings in the second round of the La Liga championship. If in the first round the Sevillian team could hardly be called a serious contender for prizes in the championship, now this is already a real fact.

However, will Sevilla be strong enough to play on two fronts this season? While in the Champions League things are not going well for Lopetega and the company, in the domestic championship Sevilla is on the move and is rapidly climbing up the standings.

After 22 rounds, the team occupies 4th place in the standings with 48 points. Only one successful step separates Sevilla from third place on the podium. We can consider that the ticket to the future Champions League in the wards of Julen Lopetegui is in the pocket. The nearest pursuers are 7 points behind.

In the last test matches, the team managed to achieve the following results: after a modest 1-0 victory over Huesca in the Spanish championship, Lopetegui’s team lost 2-3 to Borussia Dortmund in a stubborn Champions League playoff duel. In the 24th round, Sevilla beat Osasuna 2-0.

The Catalans continue their stubborn struggle for the trophy in the current La Liga championship. After 24 rounds, the team has 50 points and third place in the standings. The Pomegranate Blues are 5 points behind the leader of the championship race, Atletico Madrid. To this should be added the principled confrontation with Real Madrid, which is also not opposed to taking part in the championship race.

In the last 24th round, Ronald Koeman’s team beat Elche by a score of 3-0. This victory allowed the team to recover their psychological state after the defeat in the Champions League. Kuman’s team in the first match in the playoffs of the ⅛-finals lost at home 1-4 to the French PSG. Despite the disappointing result of the team’s start in the Champions League playoffs, no one is going to write off the Catalans so far.

In official tournaments at all levels, Sevilla and Barcelona have met 186 times. The overwhelming advantage in the number of victories is on the side of the Catalan team. Barcelona won 103 matches. The Sevilians have been stronger in 45 games. Draws were recorded in 38 matches.

In the first round match at Camp Nou, there was also a 1-1 draw. After that, Sevilla and Barcelona played in the match for the Spanish Cup. In that meeting, Sevilla won 2-0.

In a situation when both teams are neighbours in a tournament fight and pursue the same goals in the championship, it is difficult to accurately predict the success of one or the other team. Both teams are equally counting on success in the upcoming match. Sevilla is playing at home, and the team has a great chance to beat their rivals in the fight for the championship title. The Catalans are also not ready to concede. Another failure in an important match may cost Barcelona a chance to continue to fight for the victory in the championship. In such conditions, it would be better to hedge by betting on a double outcome in favour of the first team. The coefficient on this outcome allows you to hope for a good win.