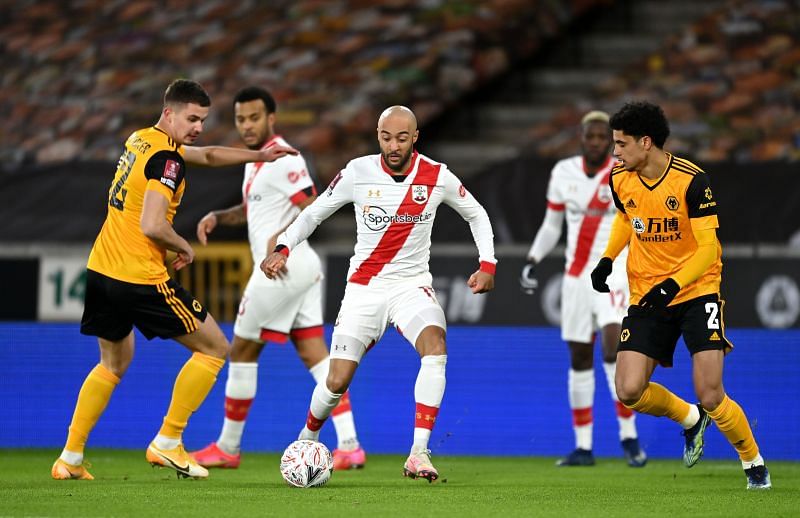 The fixtures of the 6th round of the English Premier League Championship will continue on Sunday, 26 September. The Southampton and Wolverhampton teams will be the first to enter the football pitch this Sunday. The game will take place at the St. Mary’s Stadium in Southampton and it will start at 4:30 pm Moscow time.

We hardly expect anything special in this game involving middle players in the Championship standings. Nevertheless, we will try to make a prediction for the Southampton vs Wolverhampton match and hope that our assumption will be correct.

The team of Ralf Hasenhüttl is producing mixed results. Although the team lost only their first match in the 5 rounds of matches played, they finished their four subsequent matches in draws. Moreover, they managed to play on equal terms with teams such as Manchester United, Manchester City, and West Ham. Presently, Southampton has 4 points before the match with Wolverhampton and 15th place in the standings.

The team is still far from their usual playing conditions in the new season. Being in 16th place in the standings with 3 points gained testifies to the nondescript play of Bruno Lage’s charges. The team earned their first victory in the 4th round, beating Watford 2-0 away. However, having already reached the fifth round, the Wolves were defeated 0-2 in their match against Brentford.

In this situation, there is every chance for Southampton to receive a victory. The opponent plays with maximum strength. Our prediction for the Southampton vs Wolverhampton match is that the former will win.

Probable result – the victory of Southampton.