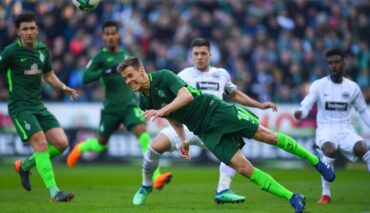 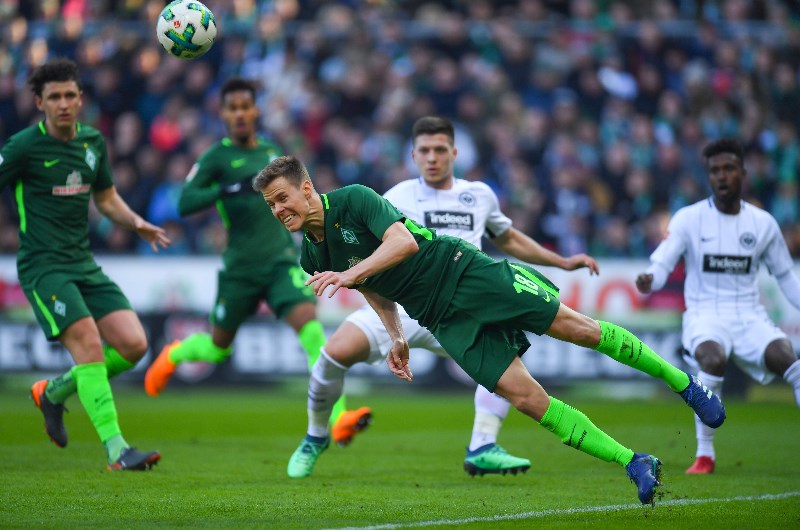 The Werder Bremen vs Eintracht Frankfurt match of the 23rd round of the German Bundesliga championship will start at 21:20 UTC on 26/02/21.

The first match in the 23rd round of the Bundesliga championship will start on Friday, 26th February 2021. After a tense three days, during which we watched the battles within the Champions League and Europa League, the match in Bremen can be considered a dull and ordinary event. Nevertheless, the German championship in the elite division is distinguished by the complete unpredictability of the results. Each match can bring a surprise, and it is almost impossible to predict the outcome of a duel with the participation of ordinary teams. The opening game of the 23rd round, between Bremen’s “Werder Bremen” and Frankfurt’s “Eintracht,” belongs among such fights. We offer our view on the development of events at the Weserstadion on the evening of Friday.

The Bremen Town Musicians took part in the struggle for high places in the championship for a long time. So, this year, the team from Bremen once again plays mediocrely, not showing any good football, and not achieving good results. As a result, Florian Kochfeldt’s charges have firmly established themselves in the middle of the standings, wandering between 10th and 13th places.

After 21 matches played, The Musicians have 23 points and are in the 12th line in the ratings. The team is only 5 points away from the relegation zone. A couple more failures and everything could end in disaster for Bremen.

The only bright side in the team’s game is the passage to the quarterfinals of the German Cup. Kochfeldt’s team has every chance to get to the semifinals. The rival of The Musicians in the ¼-final is the team from the third over-league, “Jan Regensburg”.

As for the performance of the team in the last test matches, the results were ambiguous. After defeating Gertha and having a draw with Schalke, the Bremen Town Musicians scored a goalless draw in their home match against Freiburg, and then lost 0-4 to Hoffenheim.

The team’s achievements after 22 rounds are 42 points. The eagle cannot compete with Bayern for the championship title, even despite the victory in the face-to-face confrontation. It is quite another matter to win a ticket to the next Champions League if a team is able to. The gap from the leader is 7 points. As for their closest pursuers, Bayer is five points behind Eintracht Frankfurt and is unlikely to be able to stop the rapid pace taken by the Eagles.

The results of the test matches played by the team are as follows: a 3-1 away win against Hoffenheim, a 2-0 win over Cologne, and finally, a stunning 2-1 win against Bayern. It was by this victory that Hütter’s team managed to break into the top four teams in the German championship.

Over the entire century-long history, the Werder and Eintracht teams have met 108 times in tournaments of all levels. To date, the musicians have the advantage in the number of victories (44 wins against 40 losses). In 24 matches, the teams went their separate ways.

The last control game of both teams took place on November 23rd. In the 6th round, Eintracht Frankfurt and Werder Bremen drew 1-1.

Taking into account how the teams play with each other, it is difficult to give the palm in the upcoming match to one of the teams. Nevertheless, by all criteria, the current Eintracht Frankfurt looks more powerful than its rival. An away win or draw for the Eagles would be a perfectly acceptable result.

As for the bet, in this case, it is better to bet on effective football, which both teams can show. The bookmakers offer good odds for such an outcome.