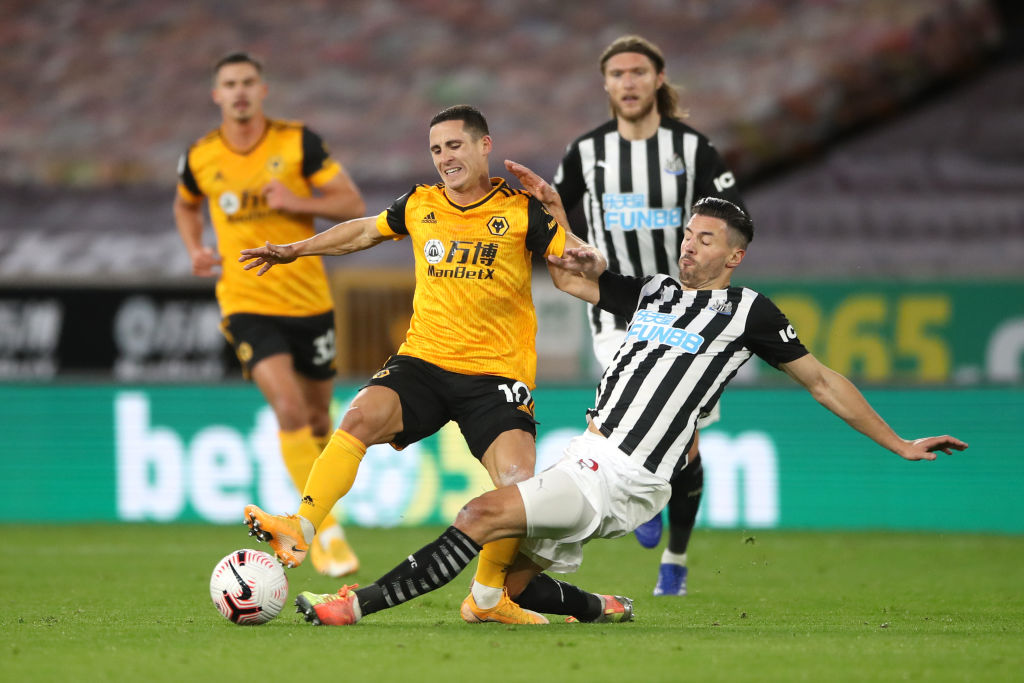 Wolverhampton and Newcastle will meet on October 2, 2021, in a match fixture of the 7th round of the English Premier League. The game takes place at the Molineux Stadium in Wolverhampton and it will start at 17:00 Moscow time.

The upcoming game will have the character of a fundamental confrontation. The further standings of the opposing teams and the placement of other teams in the middle of the standings depend on its outcome. Accordingly, our prediction for the Wolverhampton vs Newcastle match may be useful to you.

In their last official matches, the team of Bruno Lage started to play much better than at the start of the season. Progress was already outlined in their League Cup game against Tottenham. There was a 2-2 draw and only in the penalty shootout were Spurs more accurate. In the match of the 6th round of the championship, the wolves managed to beat the unyielding Southampton 1-0 away. As a result, ahead of their next match with Newcastle, Bruno Lage’s charges have 6 points and occupy 14th place in the standings.

After the defeat in Manchester, the guests still cannot come to their senses. In two matches that were played in a row, Steve Bruce’s wards were forced to be content with draws: 1-1 in the match against Leeds and again 1-1 in the game with Watford. With such successes, the Magpies were stuck in 17th place in the standings, having only 3 points gained.

The Wolverhampton and Newcastle teams have met 101 times at the official level. In 41 matches, the victory was on the side of Wolverhampton, while in 32 meetings, the Magpies were stronger. In 28 matches, the teams scored an equal number of goals and went their separate ways.

It seems that the wolves have a better chance of winning the upcoming match. Moreover, Bruno Lage’s team will play at home, and the team’s attack looks more purposeful and collected. For Newcastle, things will hopefully get better, but not this time. As our prediction of the Wolverhampton vs Newcastle match, we bet on the victory of the hosts.

Probable result – the victory of Wolverhampton.