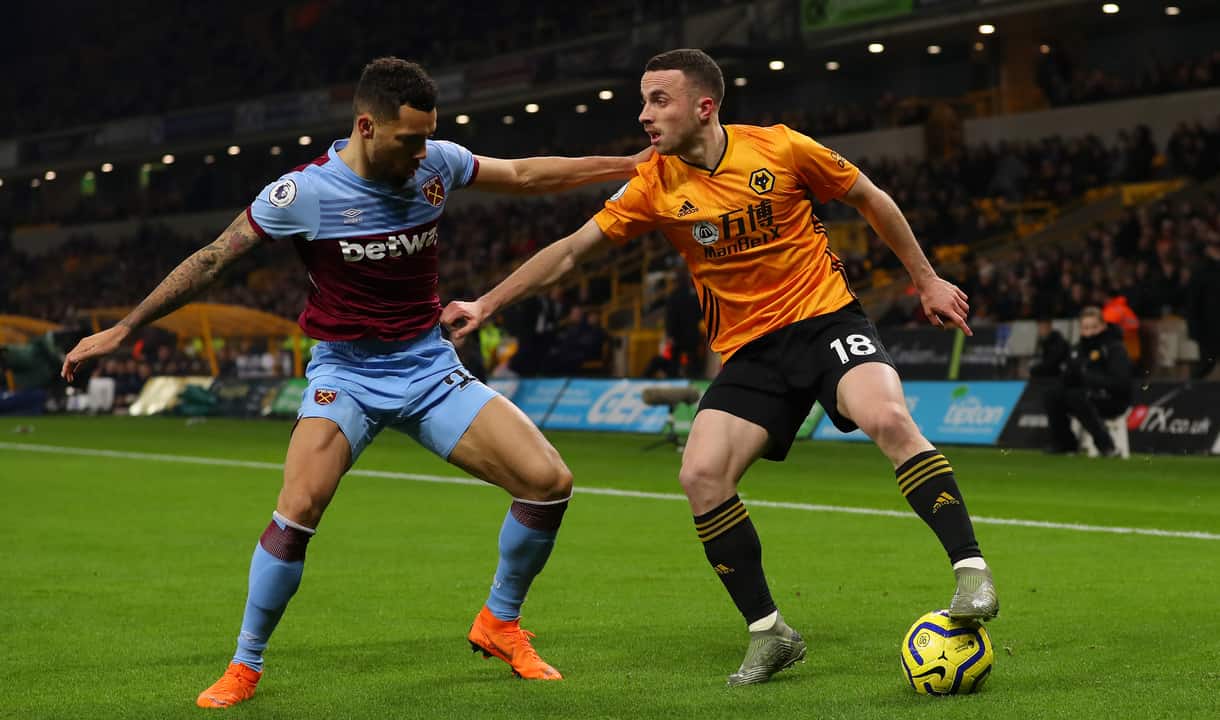 On Saturday, November 20, Wolverhampton and West Ham United will meet on the football field. In the 12th round of the English Premier League, the coming match between these two teams will be held in Wolverhampton at the Molineux Arena. The meeting will start at 18:00 MSK.

Surprisingly, West Ham continues to show good soccer, achieving good tournament results. The team is among the top three. This explains the interest in the upcoming game with the Hammers and our desire to make a prediction for the Wolverhampton vs West Ham match.

The team of Bruno Lager is firmly seated in the middle of the standings. Judging by the results and the quality of the game, the Wolves do not set high goals for themselves this season. After 11 rounds played, Wolverhampton is in 8th position in the standings with 16 points. In the previous round, Bruno Lage’s charges lost 0-2 away to Crystal Palace.

After 11 rounds of play, the team from the capital came very close to the leaders. The Hammers have 23 points and third place in the standings. The same number of points goes to Manchester City, which is second in the standings. The lag from the leader of the championship race, Chelsea of London, is only 3 points. On matchday 11, David Moyes’s charges, against all odds, beat Liverpool 3-2.

At official levels, in the championship and cup games, Wolverhampton and West Ham have met 65 times. In 21 meetings, the victory was on the side of the Wolves; while in 30 matches, the success was celebrated by the Hammers. In the other 14 matches, a draw was recorded.

It is difficult to predict the exact outcome of the upcoming match. The home team can spoil the rosy picture for the visitors. It is likely that there will be goals in the game and from both sides. In such situations, the best prediction for the Wolverhampton vs West Ham match is the outcome that both teams will score.