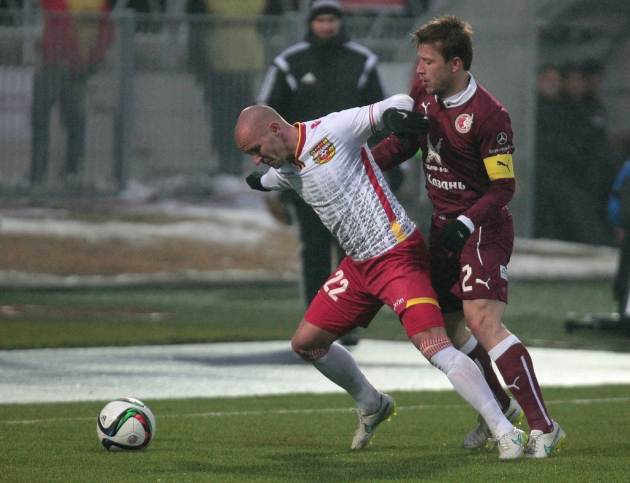 On Friday, July 30, within the framework of the 2nd round of the Russian Premier League Championship of the 2021/22 season, Arsenal Tula and Rubin Kazan will meet. The game, which will start at 19:00 Moscow time, will take place at the arena at Arsenal in Tula.

The opponents started differently in the new season, so it will not be surprising if we see a lot of interesting things in the upcoming game. Accordingly, the prediction for the Arsenal Tula vs Rubin match will be cautious in terms of the unpredictability of the result.

The players from Tula started the new season in the Premier League with a setback. The visit to Moscow’s Lokomotiv ended in defeat for Dmitry Parfenov’s team. Despite the fact that Arsenal was the first to open the scoring in the match, the team ended up losing 1-3. Until the 80th minute, the goal of the guests remained dry. It was the last 9 minutes of the match that decided the outcome of the meeting in their favour. Thus, the results were the following: three conceded goals which marked the team’s first defeat in the Championship.

In the new season of the RPL Championship, the Kazan team decided to achieve their goals from the very beginning. The first round of the Championship was successful for Rubin. In a tough and difficult match against Spartak Moscow, Leonid Slutsky’s wards managed to achieve victory with a minimum margin of 1-0. Rubin Kazan should probably be considered in the new season as one of the favorites of the tournament.

Until now, Arsenal Tula and Rubin Kazan have met in official competitions only 22 times. In 6 matches, the victory was won by the Tula team, while in 10 matches, the team from Kazan was stronger. Six matches ended in a draw.

In the upcoming game, the chances of a favorable outcome for Tula citizens are unlikely. The result of the match is unpredictable, but Rubin’s victory is quite likely. So,  our prediction for the Arsenal Tula vs Rubin match is that Rubin will play powerfully but Leonid Slutsky’s team will be way stronger.