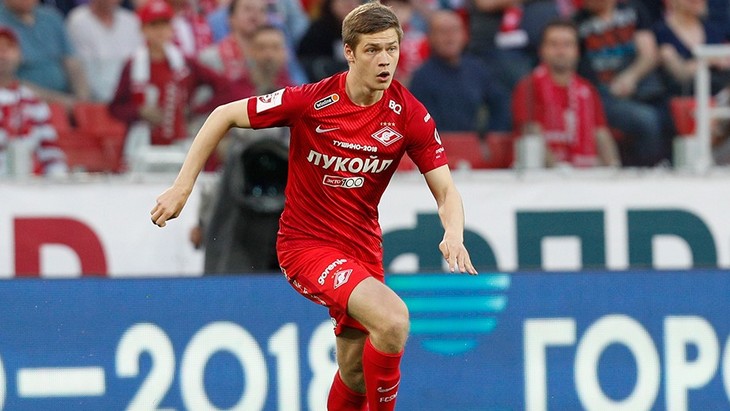 On the 30th of July, the second round of the Russian Premier League Championship will begin in Samara. The Krylya Sovetov team will host Spartak Moscow at the local stadium (Samara Arena). Both teams lost their matches in the first round, so there is a high probability they will both strive to achieve the most favourable result in Friday’s game.

The upcoming game promises to be interesting. Therefore, we offer our prediction for the Krylia Sovetov vs Spartak Moscow match. We hope that our prediction will be close to how the game will turn out.

Even though the Samara team returned to the Premier League, the results of Igor Osinkin’s charges are still not great. In the first round, Krylia lost 1-2 at home to Akhmat from Grozny. It seems that the Samarchans have not yet managed to get involved in the new playing rhythm of the elite division.

The capital club, led by a new Portuguese coach, Rui Vitória, was considered one of the favourites of the RPL Championship of the 2021/22 season before the start of the season. The Portuguese’s debut as head coach was unsuccessful. In the first round, Spartak lost 0-1 to Kazan Rubin. One may get the impression that the Muscovites are just testing their new game model. The upcoming match against Krylia Sovetov in Samara will show the extent of willingness and readiness of the Red-White to fight for high places in the tournament.

The upcoming game in Samara will be the 108th in the history of professional meetings between the teams of Krylia Sovetov and Moscow Spartak. It was only in 17 matches that the victory was on the side of the Samara team, while in 74 matches, the Red-White were stronger. Drawn results were recorded in 17 matches.

Judging by the odds on the outcomes of this match, the bookmakers claim that the favourite of the meeting is Spartak Moscow. Our prediction for the Krylya Sovetov vs Spartak Moscow match is also inclined towards an outcome in which the Red-White will become the winners.